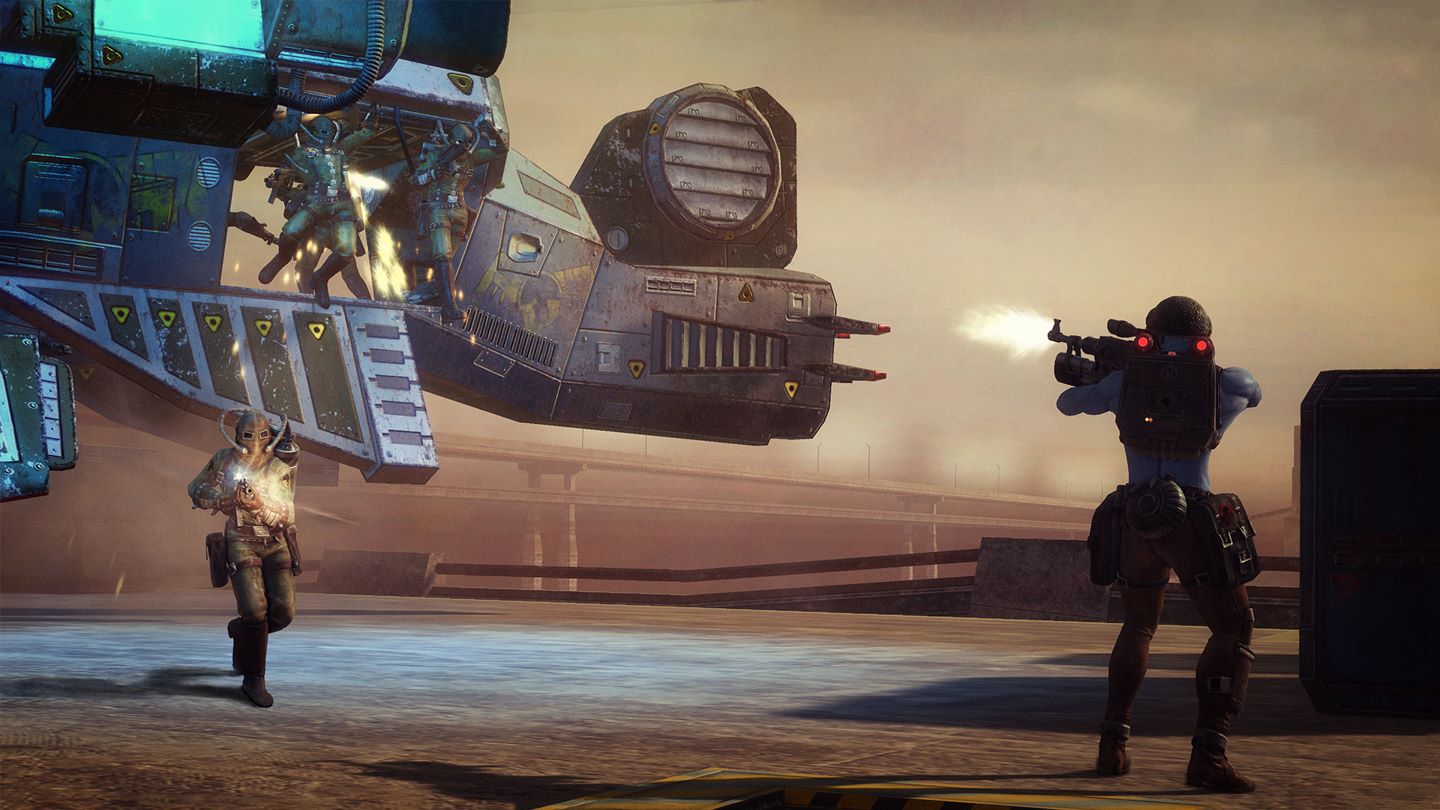 Rogue Trooper was an unbelievable game when it initially came out all those years ago and now a new generation of gamers gets to experience it. Yes, Rogue Trooper is back in the form of Rogue Trooper Redux! The pioneering tactical shooter and landmark comic book adaptation, Rogue Trooper is back, remastered and revitalised in true high definition. Experience acclaimed combat and explosive third-person action in this BAFTA-nominated tale of betrayal and revenge at the far reaches of the galaxy.

You are the last Genetic Infantryman. Bred for war and betrayed by your superiors at the Quartz Zone massacre, you stalk the battlefield as a one-man squad, carrying the sentient biochips of three fallen soldiers in your rifle, pack and helmet. Your mission? Fight your way across the chemical-blasted wastes of Nu-Earth–a planet ravaged by an endless apocalyptic war–in search of the Traitor General…and payback! If you haven’t played this game, you have to. It’s that good!