Update: Xbox has pulled the tweet containing the ad. It can still be seen in the screenshot below from Reddit.

Stealing or copying someone else’s work, especially their art, is a rampant problem on the internet and a serious accusation. It’s been known that companies have occasionally “borrowed” (stolen) video game images for their advertising in the past, like what happened with Firewatch multiple times, and this time it has apparently happened with the latest internet craze, PlayerUnknown’s Battlegrounds (via Heavy).

A Reddit user has accused Microsoft of stealing his PUBG advertising concept. The artwork features an Xbox One console with a PUBG player walking across the top of the system in a field of grass. Both the Redditor’s mock-up image and Microsoft’s ad can be seen below. The original post, from Reddit user Macsterr, is from a month ago, while Microsoft’s just recently popped up yesterday. 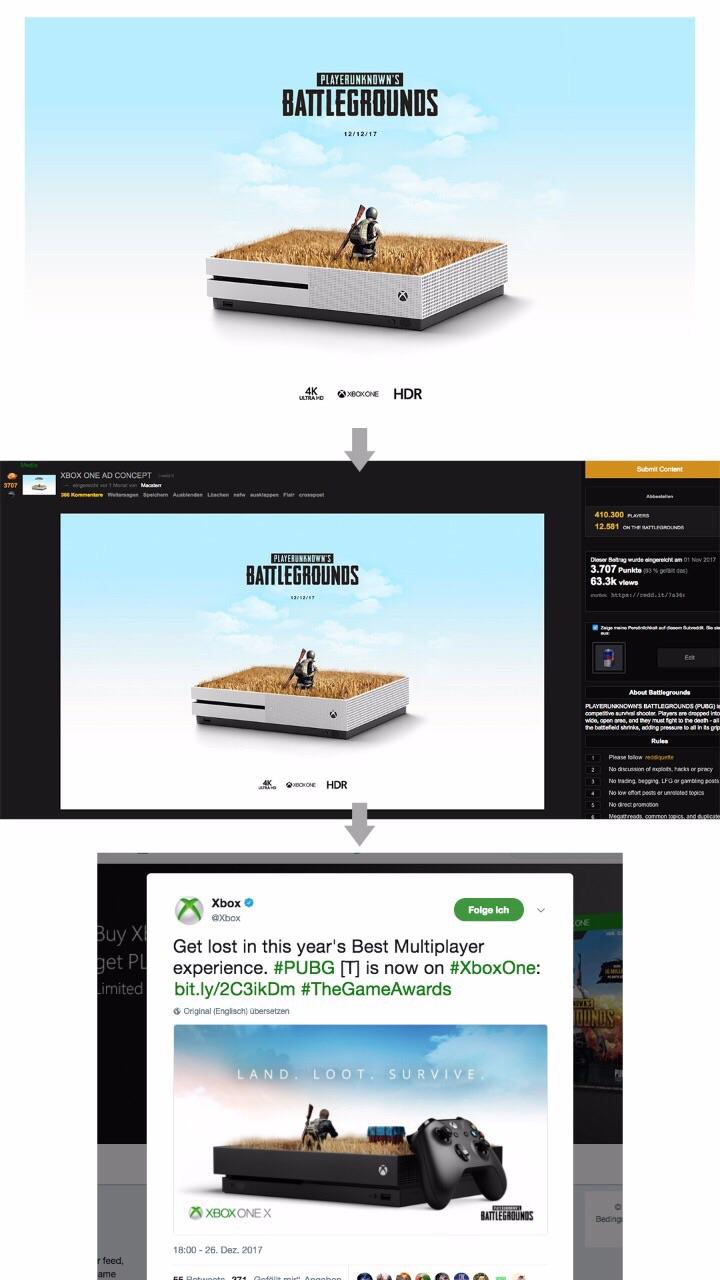 The tweet from Xbox is still up at this time.

The images aren’t a 1:1 copy, but the resemblance and similarities are hard to ignore.

On top of that, the original image used pre-existing assets from other people’s artwork as well, although credit was given in that case. It’s hard to tell where the line between a simple homage or inspiration and stolen artwork is drawn.

Considering this, it will likely be difficult to prove that Microsoft, or an unrelated design company that the work was outsourced to, copied the idea from Macsterr. It’s possible that he and another graphic design artist just had a similar idea. Many Reddit users have have taken both sides of the argument, with some calling for Microsoft to compensate Macsterr while others don’t see it as a big deal.

Microsoft has not commented on the matter.