Dawnbreak Studios has released an update to the famous game “Ragdoll Run”! This time the main character from Dawnbreaks game Papa Joe takes up the challenge to race for the worlds best highscore! 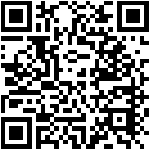 Get the Premium ad-free version which unlocks two extra characters HEREÂ or use the QR!

The free version of Ragdoll Run can be downloaded HERE!