Ragdoll Run is a free game available for both WP7 and WP8 which has recently been updated to V2.1. This time a new “Powers” section has been added to the ingame shop. Players can now upgrade the abilities of ragdolls as well as buying coin lassos to capture more coins and increase their revenue. On top of that a ton of new costumes for ragdolls has been added as well as new wallpapers and a beautiful new theme for the game.

This is everything new in V2.1: 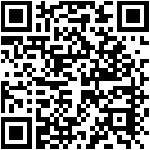 The free version of Ragdoll Run can be downloaded HERE or at the QR Code.