Yesterday I posted an articles with a little bit of my thoughts in there, and the Asus leaked device, and received a few comments asking what’s wrong with the device. This is why I said what I said, and if you do not believe in the way I am thinking, then I am sorry but someone has to say it.

I said the Asus device was nice, but I am disappointed:

I am disappointed because in a world where Android devices and the iPhone have all the momentum they need and even more important, all the hardware advances. Windows Phone 7 needs to at least have something that can look like a serious device next to some of those new Android devices.

This is what we know of to be the first HTC Windows Phone 7 device:

Now this is an upcoming Android device for Verizon:

Now think about this. If you were at a store trying to buy a new phone without any knowledge of what either OSâ€™s are, and what their advantages might beâ€¦ Then as you can see already, Windows Phone 7 lost the battle before it even started. People are very impulsive (like myself), and the look makes the biggestÂ differenceÂ between something you consider, and something you do not take a second look at. HTC is becoming a brand name in the US market, and people know they make great quality things but seriously? They could at least pretend to try and make something better than this.

Looking at the leaked Android device, I want it. The keyboard, the color match, the sleek design. Now when I saw the HTC leaked Windows Phone 7 device I thinkâ€¦ Wow, if this is the best I can get for Windows Phone 7, then why is Microsoft even bothering with all these partners that are pretty much sticking a middle finger in their face.

This is not true to all the other partners. Dell is not like HTC, they actually have a great device coming to Windows Phone 7. Asus device is also pretty good, certainly better than what I have seen from HTC. Samsung seems to also have something coming through the FCC, and I would really like to see what it looks like because from the outline it seems nice. Lastly LGâ€™s prototype device is pretty nice, and I am sure they will have something better than that on lunch date.

That’s pretty good looking from the outline, but again, outlines can be deceiving.

That is also pretty good. The screen looks nice (resolution), and while its not like a 4.3 inch screenâ€¦ It still looks very nice and elegant.

Talk about elegant. Dell seriously has something great in mind, and hopefully this concept keeps its looks when released. 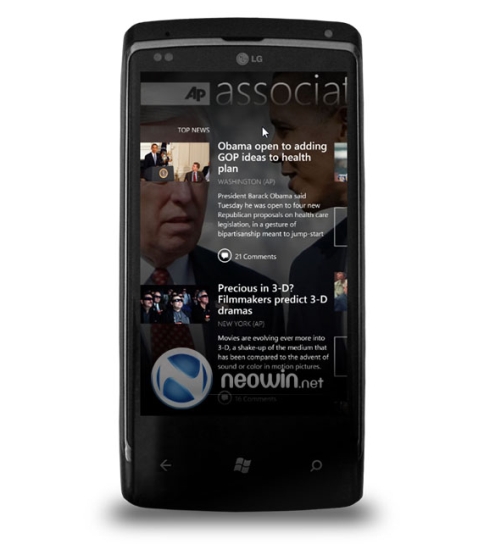 This also looks pretty nice, and hopefully this concept also keep its look.

I know some of my thoughts seems negative towards Windows Phone, but its rather me just thinking what is HTC and others doing. Windows Phone has great software that I am very excited for. I mean with hubs, games, music, Facebook, all integrated into the user experience, there is no other system that can offer all this greatness and more. The only flaw the upcoming OS might have is the lack of great hardware, but we will not know for sure till next month. The other things people might think are flaws like Copy and paste and all those things will be fixed quickly with OTA updates, and so I do not call those flaws.

Now if you have different or similar thoughts towards the hardware part of Windows Phone 7 and all the leaks we have seen send me an email at wm@mspoweruser.com and give me at least 150 words about what you are thinking, and if good I will post it for other readers to see. By good, I mean not just saying stupid things but saying what you truly feel. I will accept emails for a this week and next, and on the 14th, I will post my last thought.

To end it all, I will like to say this: â€œI don’t know if you know this, but Windows Phone 7â€¦ Was my ideaâ€