After over a decade of AVP titles, the almighty Predator finally gets another stab at a standalone game in Predator: Hunting Grounds, a faithful asymmetrical multiplayer take on the iconic monster.

After our journeys through the worlds of Cyberpunk 2077 and Doom Eternal, our eyes were instantly glued to one of the most intriguing titles available at EGX 2019. Published as an exclusive title for Sony’s PlayStation 4, players are tasked with taking the role of either the hunted hard-bodied marines or the titular Predator. Obviously, I chose the latter.

For those who choose to embody the alien body of film’s greatest hunter, Hunting Grounds plays in a third-person perspective. The Predator starts before the enemy marines spawn: as the hunter you’re given a chance to set the stage, glare over the map and get ready for your prey to arrive. It won’t take long for the hunter’s game to pour into the hunting ground.

The marines’ view is completely different: switching from third-to-first person, playing as a generic foot soldier feels appropriately, well, generic. Just like in the original 1988 film, the four-player group of gun-toting badasses aren’t exactly there to fight the Predator. Instead, the group of soldiers have numerous goals to complete against the native enemy army.

Just like in the films, you have access to different views to help track your targets through the thick forests with thermal vision being the most useful.

None of the marine objectives appear particularly inventive: while our squad of four didn’t last longer than fifteen minutes against the hulking force of the mighty Predator, a few objectives did get completed. They felt bog-standard: hack a computer, restart a generator or capture an enemy base. Marine gameplay is rather run-of-the-mill, but moment-to-moment gunplay is satisfying enough.

Thankfully, our time controlling the Predator was more inventive despite some rocky unfinished issues. As the marines began moving from objective to objective, the blood-hungry alien is tasked with scouring for targets from above. Just like in the films, you have access to different views to help track your targets through the thick forests with thermal vision being the most useful.

You’re also given access to a decent selection of iconic predator gadgets. While we’re told that more will be available to use in the final game. We were given access to just a few: the shoulder-mounted laser gun, the awesome claws and a shutiken. With the ability to sprint up trees and leap across branches (Naruto-style) and heal wounds, Hunting Grounds does make you feel like the iconic beast. 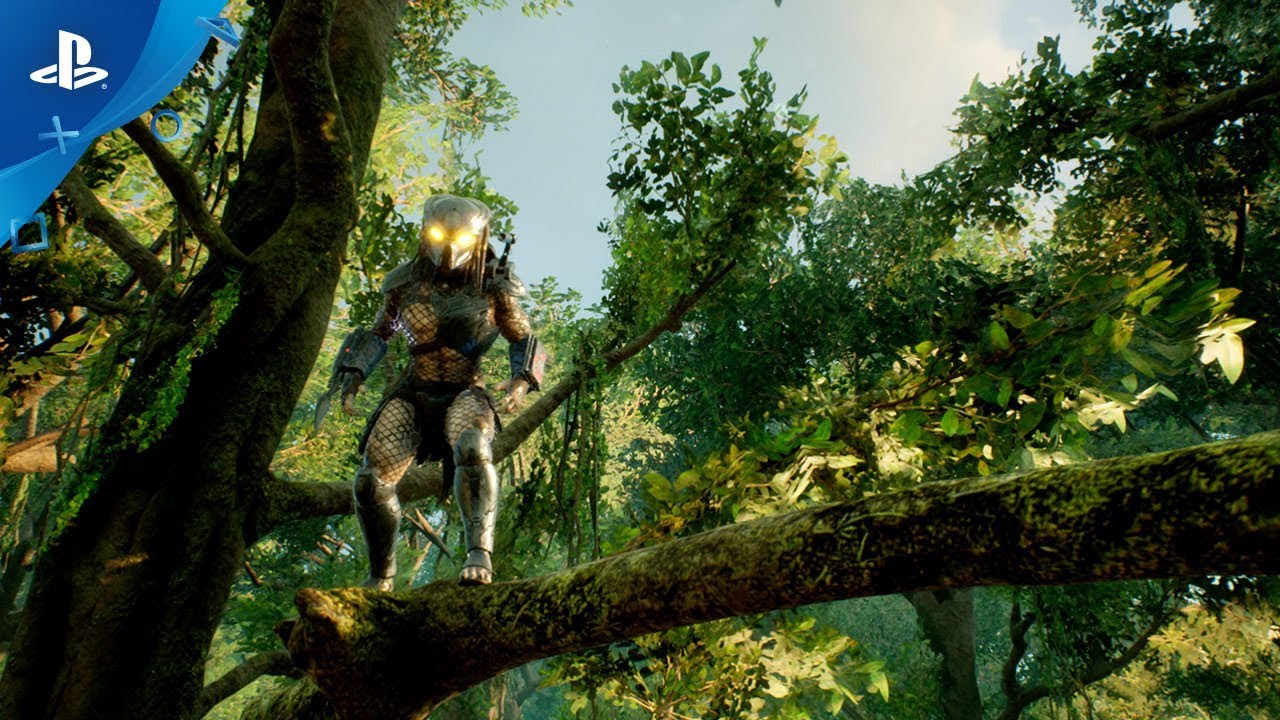 If Predator: Hunting Grounds ends up having some more interesting in-game missions by the time launch comes, we could have a genuinely good standalone Predator game.