Since December, I’ve frequently been dipping in and out of Away. It’s a calming game, one I can see myself constantly using as a therapeutic device. From my hours with it, I’ve decided: there is no other game that feels as inviting as Away does. The singing plants of Mario or the fun-covered worlds of Katamari, they feel so close but yet so far.

Upon booting it up, there’s a bombastic anime-inspired opening cinematic. It’s bursting with color, life, and joy. It also helps that the music is so pleasing to the ear that I’ve purposefully left it on in the background while writing, making food, or just chillaxing, relaxing and acting all cool.

From the very beginning, Away has an aura of wackiness about it. Upon the game’s starting point, you find yourself in a very bright and vibrant bedroom. You’re supposed to go to the right and talk to your grandparents, I instead went to the left. To my surprise, there was a frog in my toilet. You know, just your average anime things.

Okay, carrying on; there’s a hole in my basement. I travel down its short but winding caverns and come across a tiny monster. It’s a tiny crustacean with only a single point of HP, but I only have a stick… WHACK! As it turns out, it’s a bloody great stick—the crustacean crumbles.

Moving outside, Away’s world finally opens up. Each different map—forest, desert, snow, et cetera—includes three short dungeons to explore. By completing all three and hitting the levers inside them, you’ll unlock the boss dungeon. It’s a simplistic system that allows quick and enjoyable bursts of play. From what we can talk about, there’s a lot to enjoy here.

Thankfully, the beautiful hub worlds on display here aren’t just used as padding between the game’s numerous dungeons. Throughout each of them, you can find currency, friendship cubes and, most importantly, allies.

Allies can be recruited through a combination of friendship cubes and dialogue trees. If you pick the correct options during conversations, you’ll be able to recruit them to fight alongside you. Getting on the wrong side of a giant mutated tree will cause him to explode in front of you—not really the ideal outcome.

Throughout my time with Away, I encountered bats without stomachs, crazy old men, mutated construction workers, robotic cowboys and more. It’s a world full of crazy characters and heart. While you might not want to live there—mostly because it’s covered in toxic waste—you may want to steal some of the characters and bring them back to our world.

Underwhelmingly, the stick-based combat is rather unreliable. Once your character levels up upon death, as Away is most certainly a roguelike, you can earn extra abilities. However, while extra moves help to grant the combat more variety, they don’t help it from being undependable.

The biggest problem is that it’s actually quite hard to hit enemies. Their 2D look means that you can never quite judge how close they are. While your crosshair turns a bright red when they’re close, sometimes your attacks still miss. It can be frustrating. Using the attacks of your allies helps—one ally shoots fireballs which helps a lot—but your basic stick is a huge letdown. Then again, it’s a stick. 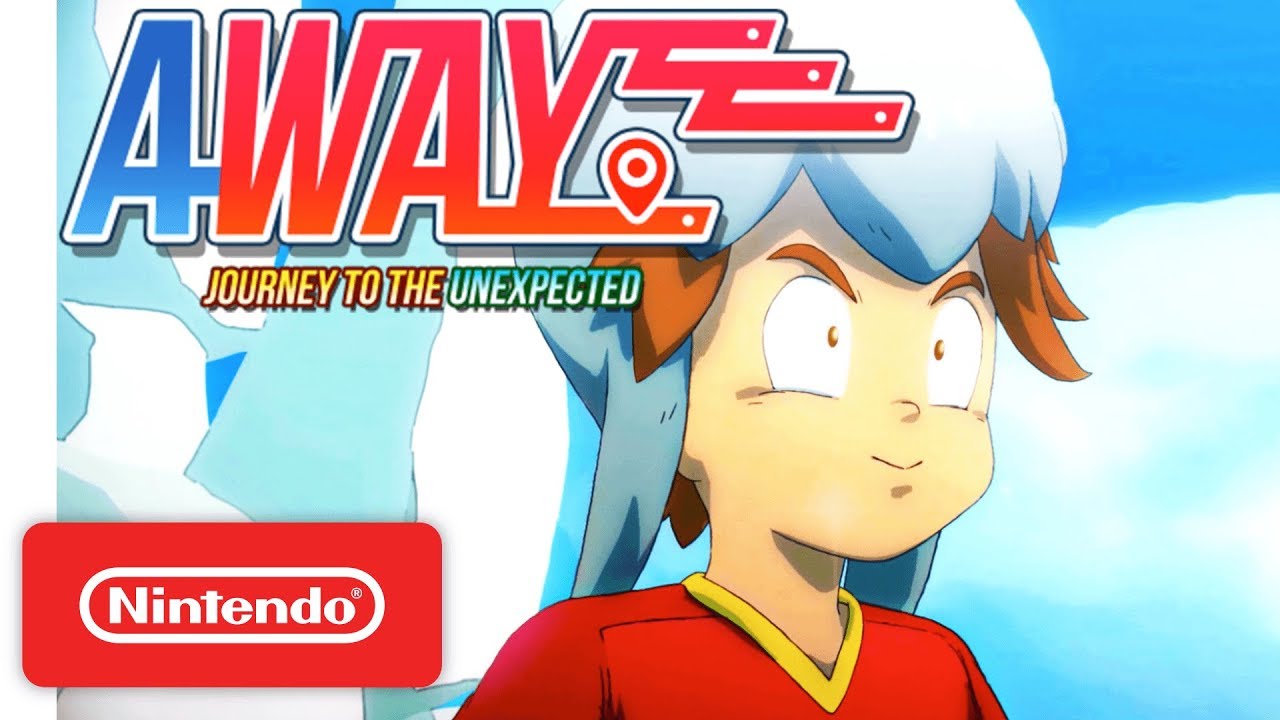 If Away can fix this one core problem before its February 4th release date, then it’s bound to be a game that I’ll personally play the crap out of – especially if the Switch version is up to snuff. It’s an amiable trip down a beautiful anime-inspired world and I can’t wait to play more of it.

Away: Journey to the Unexpected launches on PC, Xbox One, PS4, and PC on February 4th.