Fallensouls: Fire War is an exciting and immersive MMORPG loaded with intense gameplay! Player travels the realm as a noble human, a bloodthirsty orc or one of the mighty undead. Let’s see who will be the nest king!

Michael Leader of Miracle Games said: “Fallensouls: Fire War” as our starter Windows phone product, sufficiently proves that we are optimistic about the prospects for an exception in the Windows market, we are committed to the United Kingdom before domestic market development and expansion. Until earlier this year, Microsoft officially announced the releasing of Windows10, we realized, for us this will be a great opportunity. So five months later, we officially released the first Windows platform product “Fallensouls: Fire War”.

For “Fallensouls: Fire War”, Michael showed extraordinary confidence. He said: with virtue of the unique new screen design, fantastic game plot and impressive atmosphere, it can be outstanding among other games. It allows players to enjoy the excitement and joy of victory in the battle.

Finally, referring to Windows10, Michael said: Today, the new Windows operating system, with its multi-screen interoperability, shows Microsoft’s ambition not only for the PC, but also for the mobile. We firmly believe that, by virtue of the “FallenSouls: Fire War”, we will experience more of the Windows market in the next 1–2 years. We firmly believe that the absolute amount of users Windows market will not fall behind iOS and Android. 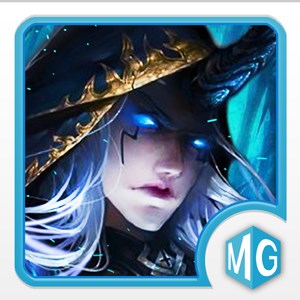