PlatinumGames may not be at this year’s Gamescom, which has already seen plenty of interesting announcements, but they are hosting their very own Super Summer Festival later this week.

While this Super Summer Festival won’t be showing off any new reveals, it will feature news about three of PlatinumGames’ titles, World of Demons, Sol Cresta, and the Wonderful 101: Remastered.

Presented in three parts, the first part of the show will focus on PlatinumGames’ Apple Arcade title World of Demons, “featuring special guests who will offer some behind the scenes takes on the game’s development and present some additional info.”

In part two of their festival showcase, PlatinumGames will debut the first stage of their upcoming shoot-’em-up, which was once an April fools joke, Sol Cresta, before finally, in part 3 of their presentation, revealing more information about upcoming DLC for The Wonderful 101: Remastered. 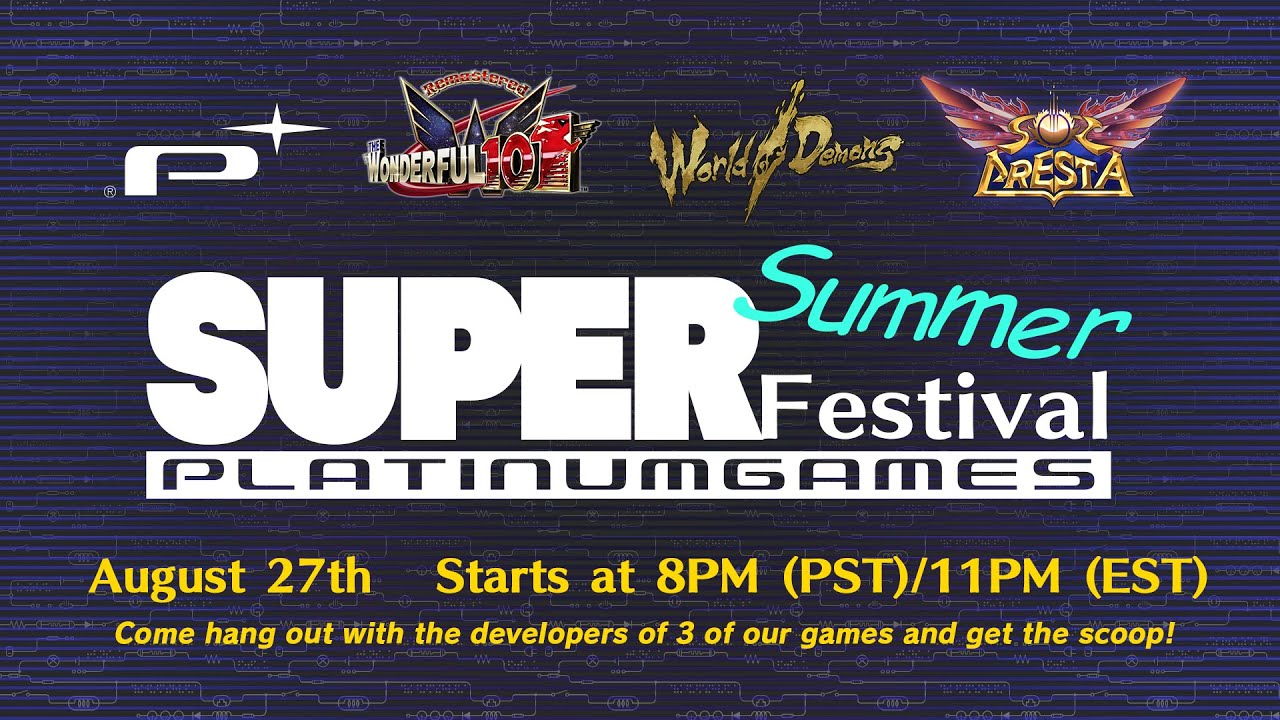 The Super Summer Festival live stream is due to kick off on Friday the 27th of August at 11 PM EST, which is a staggeringly late 4 AM BST.