Microsoft has released a new update for the Outlook Mail and Calendar app in the Windows Store for Insiders today. The update seems to be a minor one, and it does not include any new features or other notable improvements. However, it looks like Microsoft has changed some animations throughout the app — for example, the Settings view on PCs now fades in, rather than sliding in from the right. In addition to this, Microsoft seems to have updated the Live Tile for Outlook Calendar, and it now shows more than one event in the Live Tile. Previously, it would only show one event in the tile, so this is definitely a very nice improvement. Additionally, the update also added Profile Pictures for the notifications from Outlook Mail.

As per usual, the update probably includes some other changes behind the scenes, as well as the usual bug fixes and performance improvements. If you notice any other improvements, let us know in the comment section below. In the meantime, head over to the Windows Store from the link below to grab the app for your Windows 10 Fast Ring device: 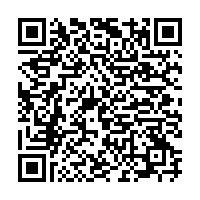