OnePlus is now on the lookout for beta testers for its Zen Mode app. It’s an effort to bring faster progress in the development of the app and to engage more with its users.

Needless to say, in order to join the beta program, you will need a OnePlus smartphone that has support for the Zen Mode app. Currently, OnePlus 5/5T, 6/6T, 7/7T, and 7/7T Pro are the smartphone, on which you’ll be able to install the Zen Mode app. Also, the app requires your smartphone to run Android 9 or higher.

We’re glad to tell you that we have launched the Zen Mode 1.4.1 Beta version on Play Store and we are looking for users to join the Beta program to help improve this feature.
Please keep in mind that your opinion matters to OnePlus and we’re looking forward to your feedback and suggestions!

If you want to become a beta tester, you’ll need to click on this link.

How to join the Beta program for Zen Mode?

For those who’re using the Zen Mode app, OnePlus has also released a new update to the app. Taking the app to Version 1.4.1, the update adds a few interesting new features alongside bug fixes and performance improvements. You can see the changelog below. 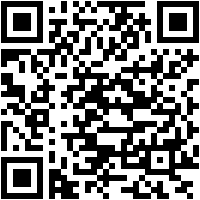