Microsoft has started rolling out a couple of new people experiences in Office Delve to Office 365 users. With the latest update for Office Delve, Microsoft is enabling users to Praise their colleagues work in Delve. The Praise feature is quite nice as it will also notify the users who you praise via emails alongside Office Delve.

With the latest update for Office Delve, Microsoft is also adding the ability to create news pages in SharePoint Online right in Office Delve. Microsoft states:

Today the authoring canvas supports blogging within the enterprise, with plans to enable creation of new pages throughout Office 365 in the future. Get your typing fingers fired up—the intranet is your oyster awaiting your pearls of wisdom. 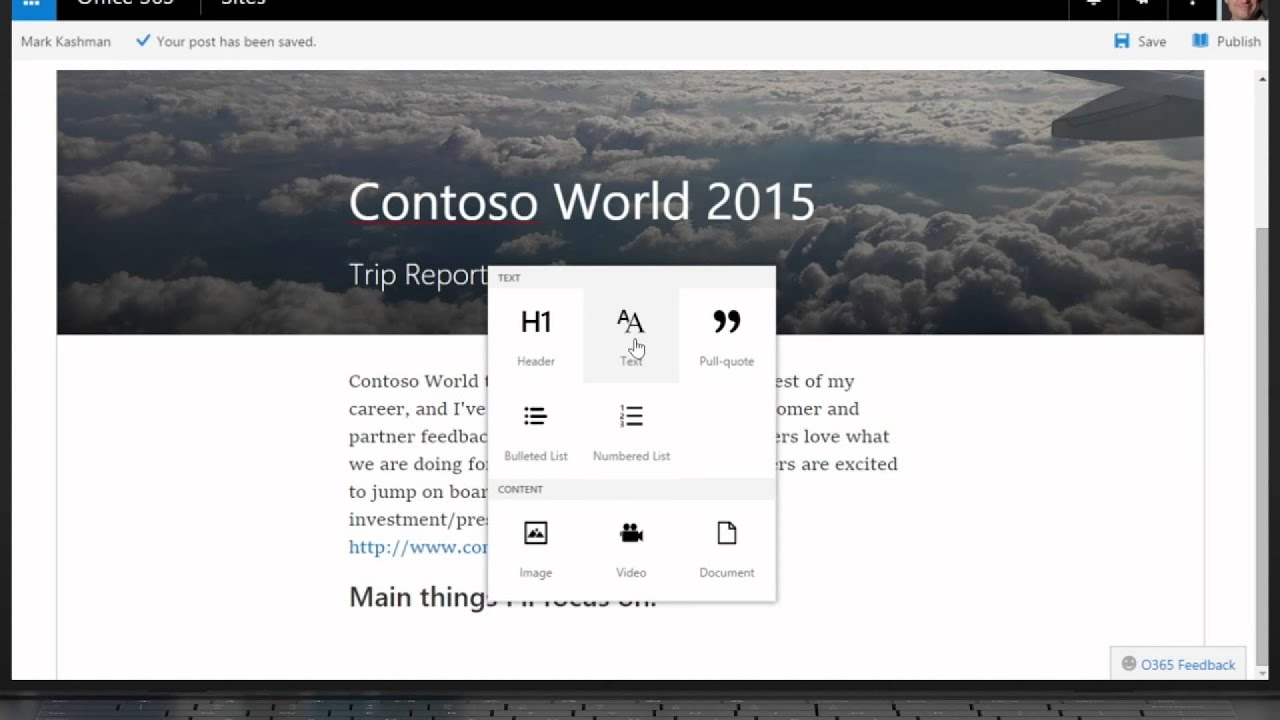 Microsoft is also adding a Favorites feature which will basically allow you to “like” others’ posts on Delve. The software giant states that it is currently working on adding profile customization features, which should be available as soon as they are ready. Nonetheless, if you are an Office Delve user, what do you think of the latest additions? Discuss in the comment section below.