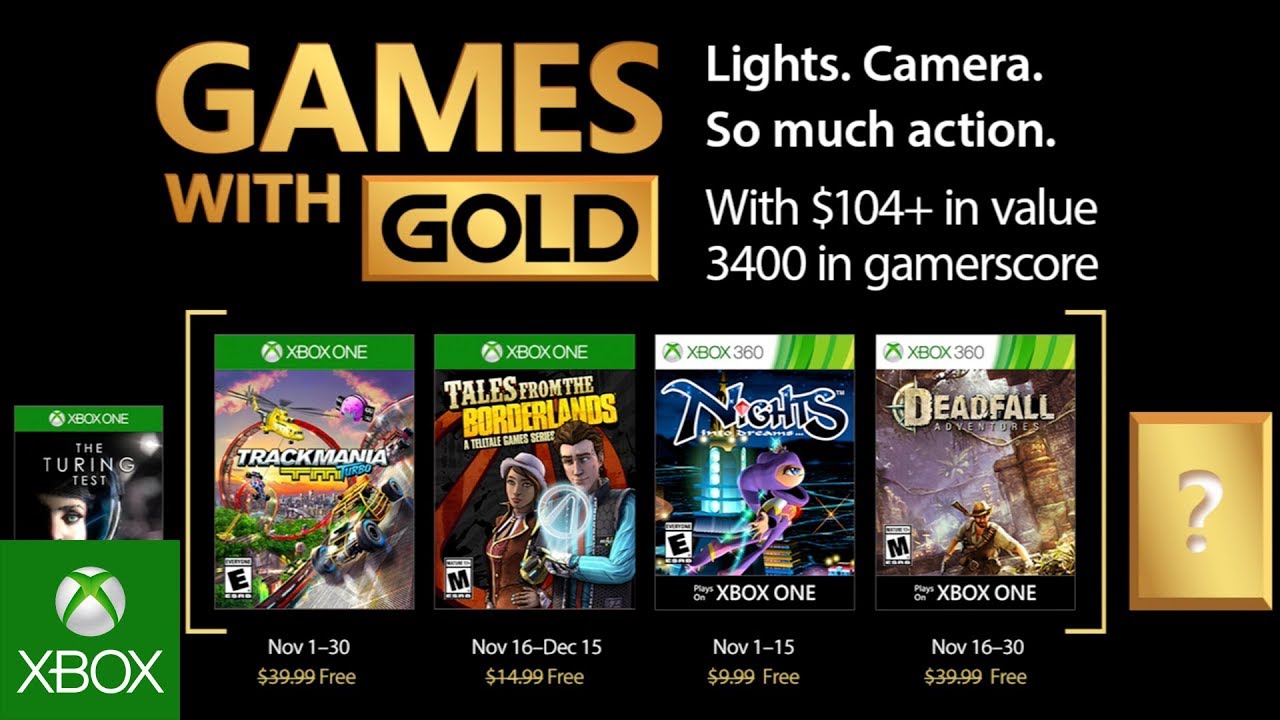 Microsoft today revealed November’s Games with Gold titles on Xbox One and Xbox 360. It is a mix of racing, adventure, and platforming challenges.

Trackmania Turbo is the first title coming to Xbox One and it offers four gorgeous environments, multiple difficulty levels and 200 tracks. Following it will be Tales from the Borderlands which will allow you to play as both Rhys, a cyber-enhanced dope, and Fiona, an ambitious con-woman, who are thrown together by fate as unlikely partners in their quest for incredible riches. Then on Xbox 360 and Xbox One through Backward Compatibility, you can download the classic platformer Nights into Dreams and the adventure-filled first-person shooter Deadfall Adventure. Find the links to these games below.