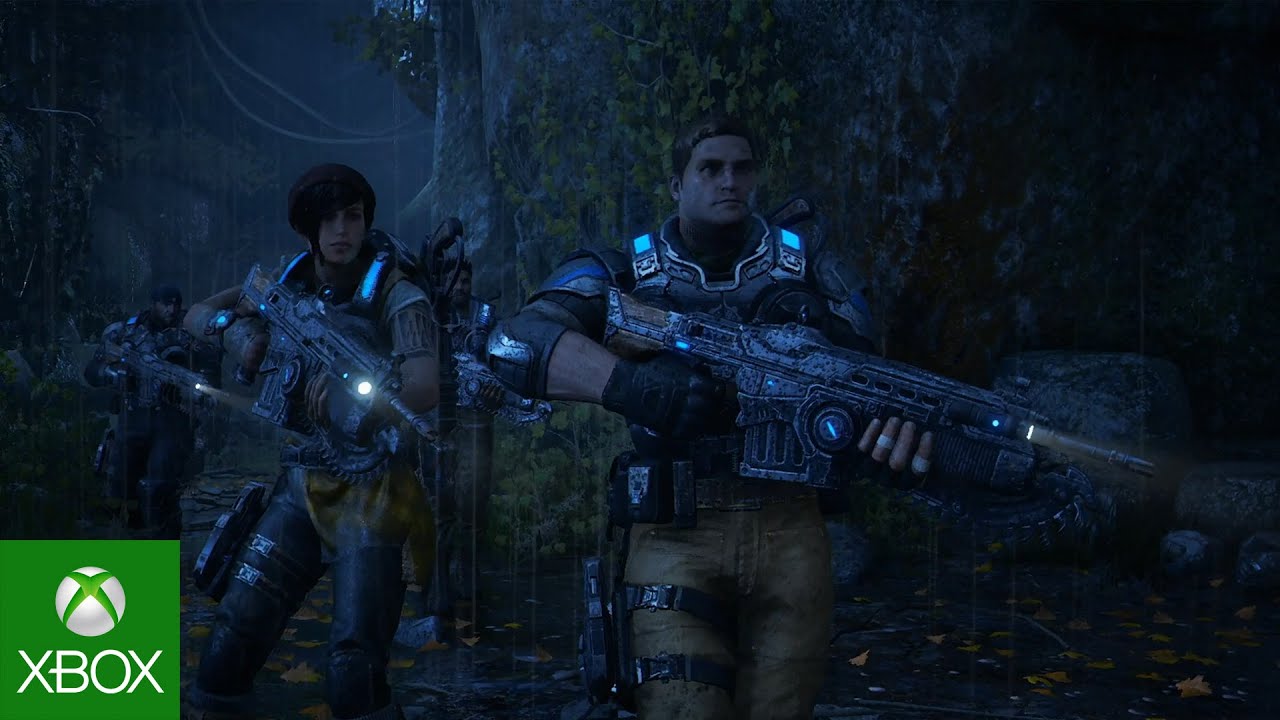 A new Gears of War 4 Campaign gameplay video was posted today. This gameplay footage is captured from Xbox One. In this short gameplay demo of Gears of War 4, our heroes JD, Del, Kait and Marcus Fenix are in pursuit of creatures called the Swarm. With their village destroyed and Kait’s mom abducted, the squad gives chase through the wilds of Sera and must battle through an incredible storm.

Gears of War 4 will be available worldwide October 11 on Xbox One and Windows 10 PC as an Xbox Play Anywhere title. If you buy buy Gears of War 4: Ultimate Edition and you can play four days early, starting October 7. You can pre-order them from Microsoft Store using the below links,