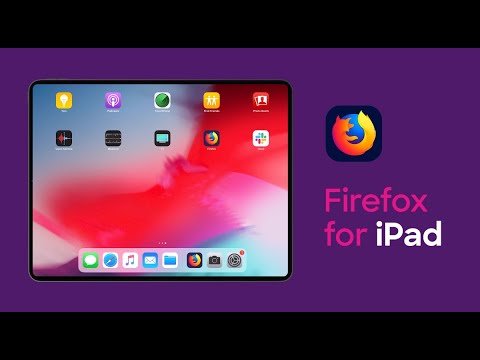 Mozilla has finally announced Firefox for iPad. The new app has a variety of features and most importantly, it’s made for a tablet. Another good thing about Firefox on iPad is that you’ll get all the features that you love on your Firefox iOS app from the very first day.

One of the features that you’ll appreciate is the Split screen feature which allows you to put two apps side by side, meaning that you can have Firefox open on one side, and rest of the space you can reserve for another app.

Private Browsing for iPad is also easy. You will be able to switch to a private window without having to go through multiple steps, you can now switch to it with a single click. You will find a purple private browsing icon in the lower left corner of the browser window, just hit it and enjoy.

Furthermore, Firefox for iPad has support for many keyboard shortcuts that usually work on Mac. For example,  Command + R to reload a page, Command + shift + P to open a private tab, all work in the Firefox app for iPad. You will also be able to send tabs to your other devices if you have a Firefox Account. Firefox for iPad also supports Dark theme and Night Mode.

It is worth noting that you can’t set Firefox as your default browser on your iPad, something that is a limitation of iOS.