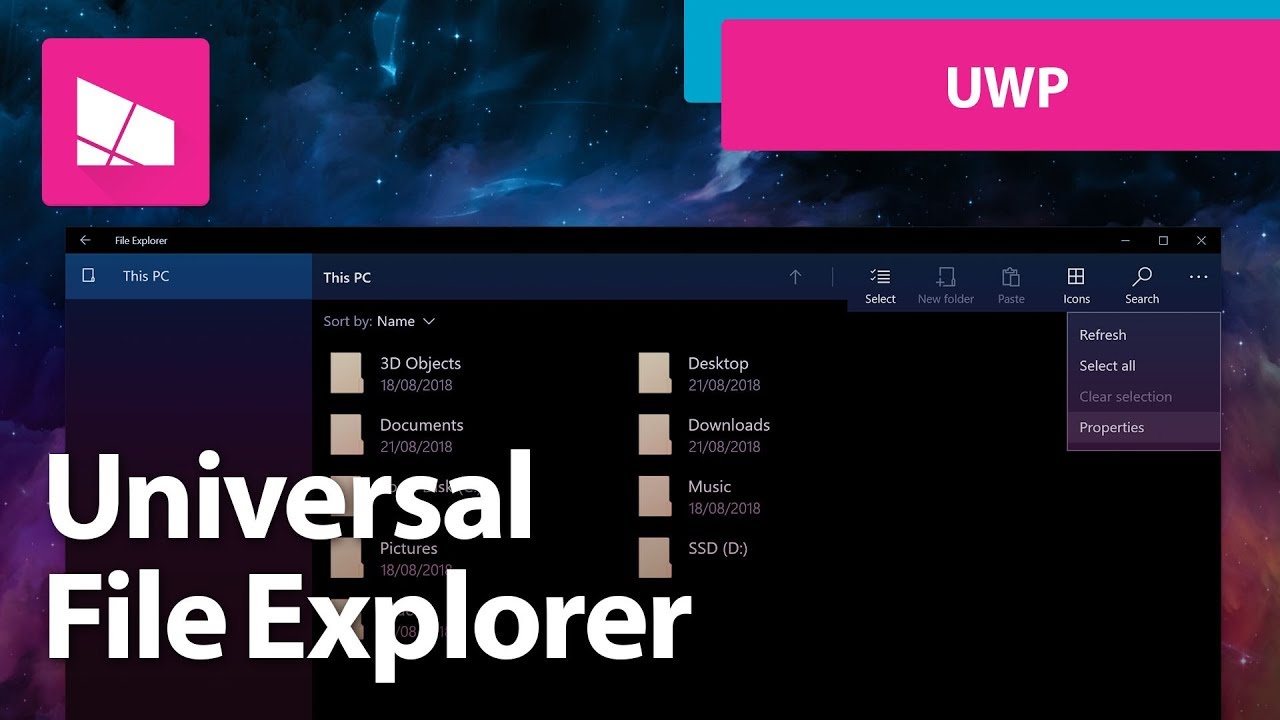 Microsoft’s Windows 10 RS5 update has apparently come with some surprises in the form of an updated Universal File Explorer app. Microsoft first shipped this app With Windows 10 Mobile, and some users managed to extract and get it to run on Windows 10 desktops.

With RS4 Microsoft has made a few changes to the app, Windows Central identifies the following changes:

The firm may be planning to feature this app in its Surface Andromeda. While Microsoft has done some work on the Windows File Explorer, it’s still not as suitable for touch as a pure UWP offering would be. Microsoft making developments on this app in the background indicates that the company is planning on releasing this down the line. Windows Cental’s Zac Bowden indicates as much, saying that Microsoft plans to feature this on Windows Core OS device like the Surface Hub 2, Hololens and Andromeda as we’ve mentioned.

It is of note that Microsoft need not limit UWP File Explorer to those devices, Indeed Microsoft has done a lot of work in building the Settings app as a replacement for Control Panel, and Microsoft Edge for Internet Explorer. It is not beyond the pale that Microsoft plans on replacing the regular File Explorer app with this one even though Bowden believes that no such plans currently exist. If it does, power users should not fret. it will likely be a slow rollout as features make the jump before Microsoft eventually phases out the legacy Explorer app.