Microsoft’s Cognitive Service AI is being used in an interactive exhibit at the National Comedy Center in Jamestown where visitors are challenged to make each other laugh to win.

“It gives visitors a taste of what that thing is that comedians get so addicted to, that incredible feeling of making someone laugh,” said Journey Gunderson, the executive director of the museum.

Players take turns selecting and delivering pre-written jokes. Points are scored when their opponent cracks a smile; the player with the most points at the end of six rounds wins. Microsoft’s Face API, the AI technology from Azure Cognitive Services, makes the call on whether the joke elicited a laugh.

Mitra Azizirad, corporate vice president for AI marketing at Microsoft, said the Laugh Battle is an example of how AI is making an impact far beyond the tech industry.

“We are making AI accessible to everyone, expanding it beyond the world of developers and data scientists to every person – especially in ways that are universally understood and touch the heart,” she said.

The AI service includes a deep neural network trained on a dataset of more than 100,000 labelled photos to recognize a range of universal facial expressions that are linked to eight emotions including happiness and sadness as well as anger, contempt, disgust, fear, neutral and surprise.

Another deep neural network in the Face API tracks facial landmarks such as the corners of the lips, which shift in tell-tale ways during laughter. The addition of the landmarks provides extra insight.

“If somebody is smiling or frowning, we can detect that and we give back a score for each emotion,” she explained. “It is not like we see a face and we say ‘happy,’ we see a face and say ‘oh, we think happy is maybe 60 percent.’ If the person is also doing more of a Mona Lisa smile we might have happy 60 percent and sad 40 percent.”

The technology is off the shelf and available to everyone as part of Microsoft’s Azure Cognitive Services.

See the technology in action below. 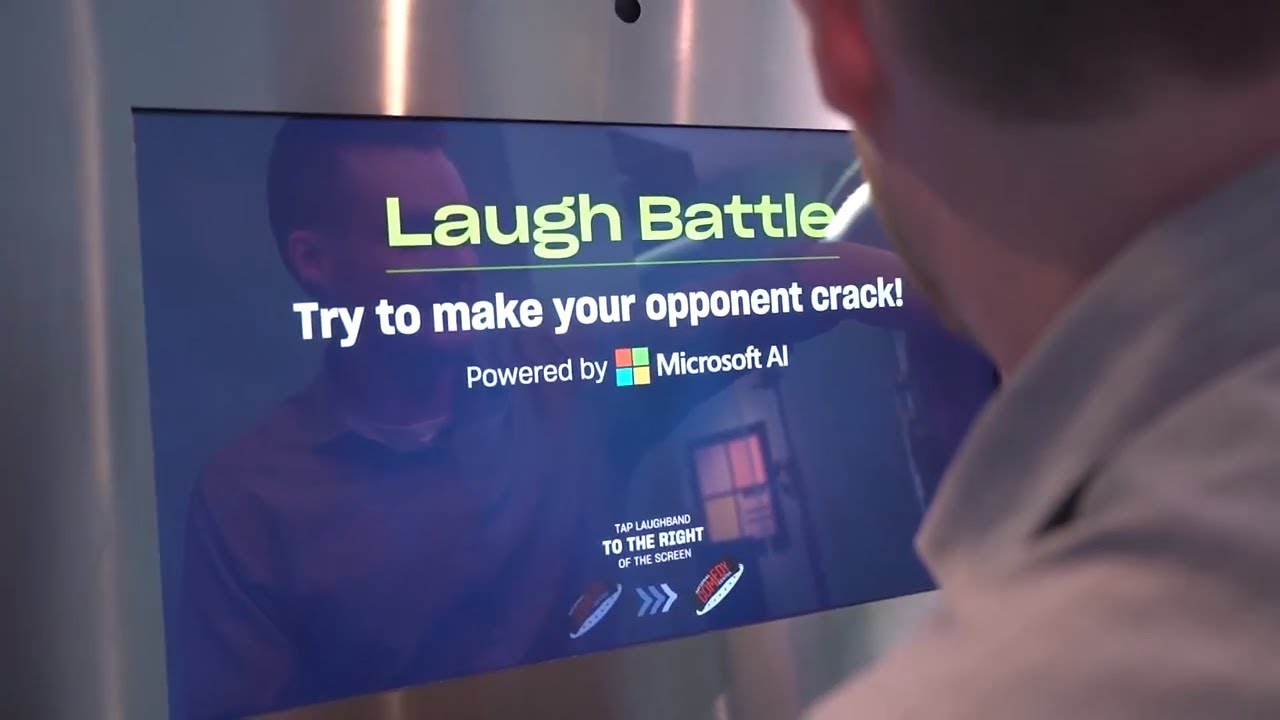