Microsoft has teamed up with the Tate’s IK Prize winner for 2016, Italian-based communication research centre Fabrica, to surface images from Tate’s extensive collection of more than 30,000 images that relate to other photos, supplied by Reuters, of current events as part of an art installation at the Tate called Recognition.

The search engine uses Microsoft’s Cognitive Services AI to recognize expressions, themes, context and style similarities between pictures in the news and Tate’s massive collection, merging the modern and historical.

The algorithm is not only able to match pictures, but also to explain why it thinks they are a matches, for example having similar objects, colours or compositions, and builds on technology such as HowOldAmI.net which went viral last year.

The exhibition is a show-case of Microsoft’s AI technology and is also designed to improve public perception of Artificial Intelligence.

“From a Microsoft perspective AI is the future – we’re betting the company on this technology that extends the reach of humanity,” said Dave Coplin, chief envisaging officer at the tech brand. “There is this narrative that it’s all about the cold world of computers, while we live in a world of warm emotion.

He added that this sort of project is “absolutely” something that Microsoft wants to do more of. “We want to be driving the conversation of ‘humans plus machines’ rather than ‘humans versus machines’.

See a video by The Drum explaining the installation below: 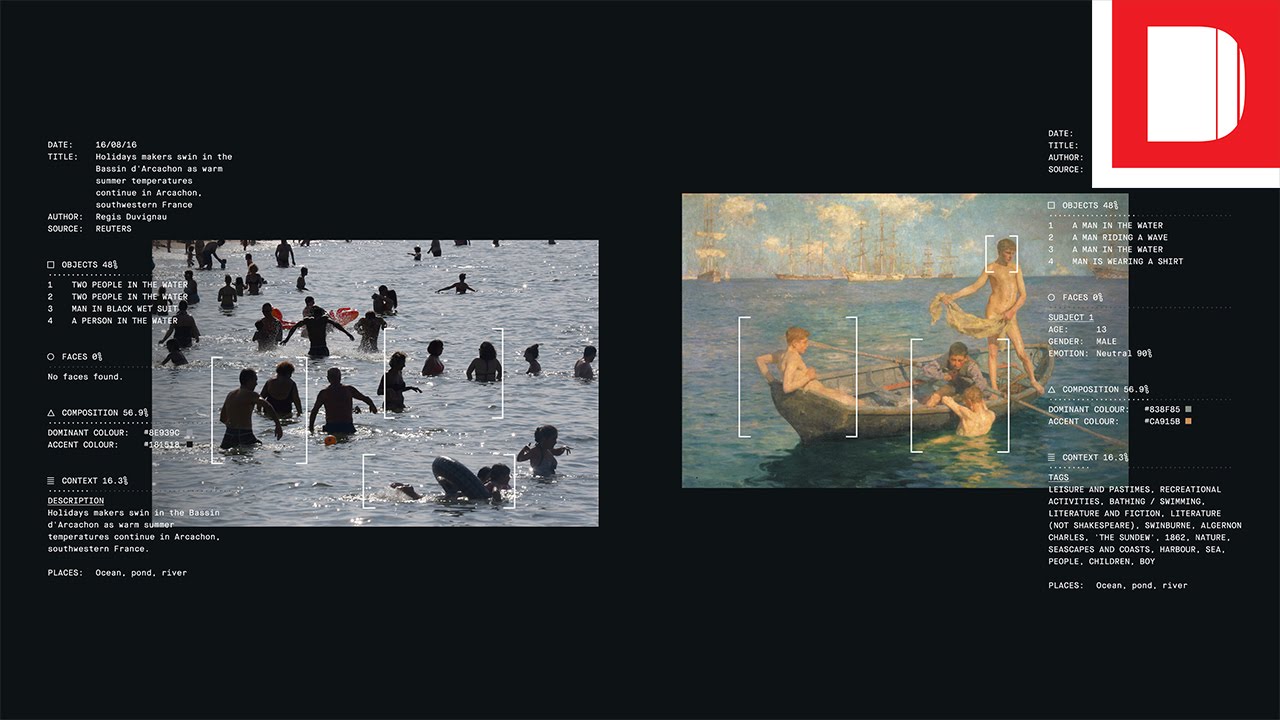