Actiongram is a new holographic storytelling medium that was designed for creative coders and content creators, allowing them to tell digital stories that might otherwise be impractical or impossible. With Actiongram, anybody can create their own mixed reality videos using Actiongram which previously could only be created using expensive effects packages by people with extensive 3D training. To help common users in creating their holographic stories, Microsoft has developed a holographic studio where many different actors, characters, objects and creatures can be captured as holograms.

Actiongram delivers an eclectic mix of holograms that enables new forms of storytelling. Actiongram uses mixed reality capture (MRC) to blend holographic content into real world settings, allowing anybody to create emotionally compelling and humorous videos. Stage your own video creations by moving, resizing, rotating, and recording these holograms in your home, and then share those videos with your friends.

Couple of days back, Microsoft announced that they are teaming up with George Takei (from Star Trek) to bring his own holographic character to the HoloLens through Actiongram. This app was in beta for several months and now it is generally available for everyone. Download it from Windows Store for your HoloLens device using the below link. If you don’t own a HoloLens, you can order it here from Microsoft Store. 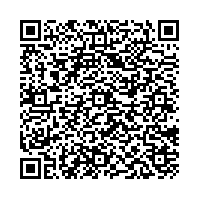