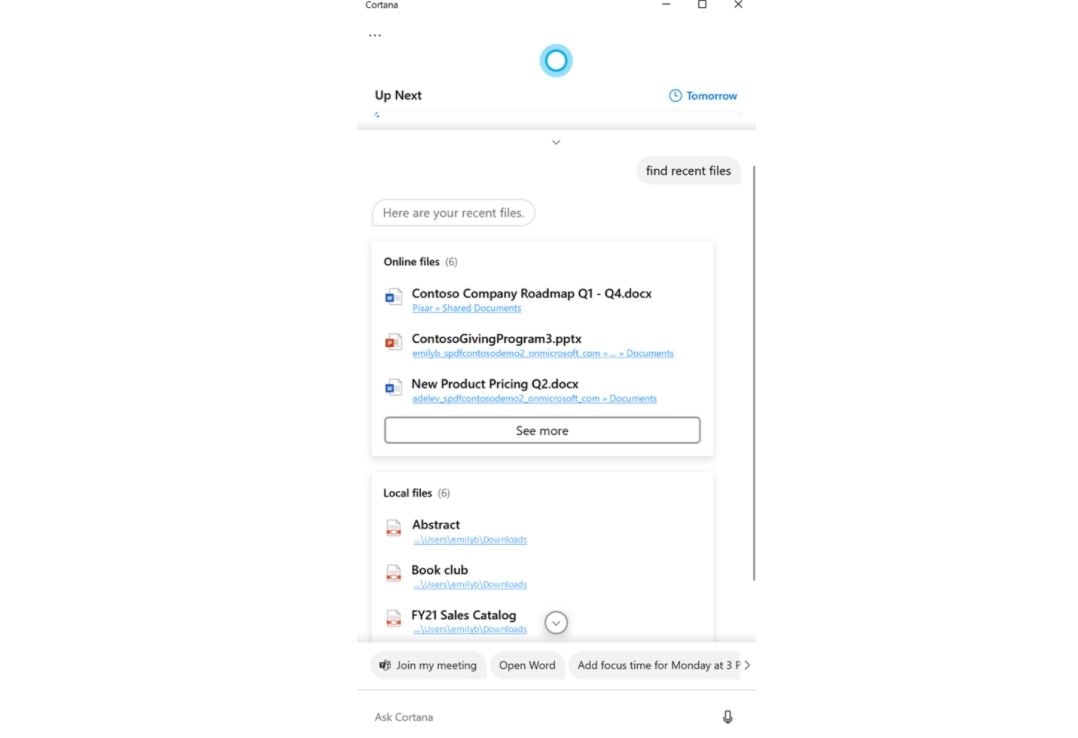 You can now use Cortana on your PCs to translate their thoughts into direct actions to open and find files and save time spent navigating to apps/folders to locate and open files.

Enterprise users, who sign into Cortana with their corporate credentials (e.g., AAD) can search for files saved on OneDrive For Business and SharePoint along with files saved locally on their PCs (this setting is at Settings > Search > Searching Windows). Users using Microsoft account (e.g., ending with Outlook.com or Hotmail.com) can use Cortana to find files saved on their PCs. This feature is currently available to our English-speaking users in U.S.

Try and use Microsoft Cortana to open or search files by: