The VideoConference Mute feature uses a virtual driver for the camera. The video is routed through the driver and back to the application. Selecting the Video Conference Mute shortcut key stops video from streaming, but the application still thinks it is receiving video, the video is just replaced with black or the image placeholder you’ve saved in the settings.

This is the first release with the webcam driver actually being a DirectShow filter. This solves a multitude of quirks and simplifying the signing through the compile pipeline. 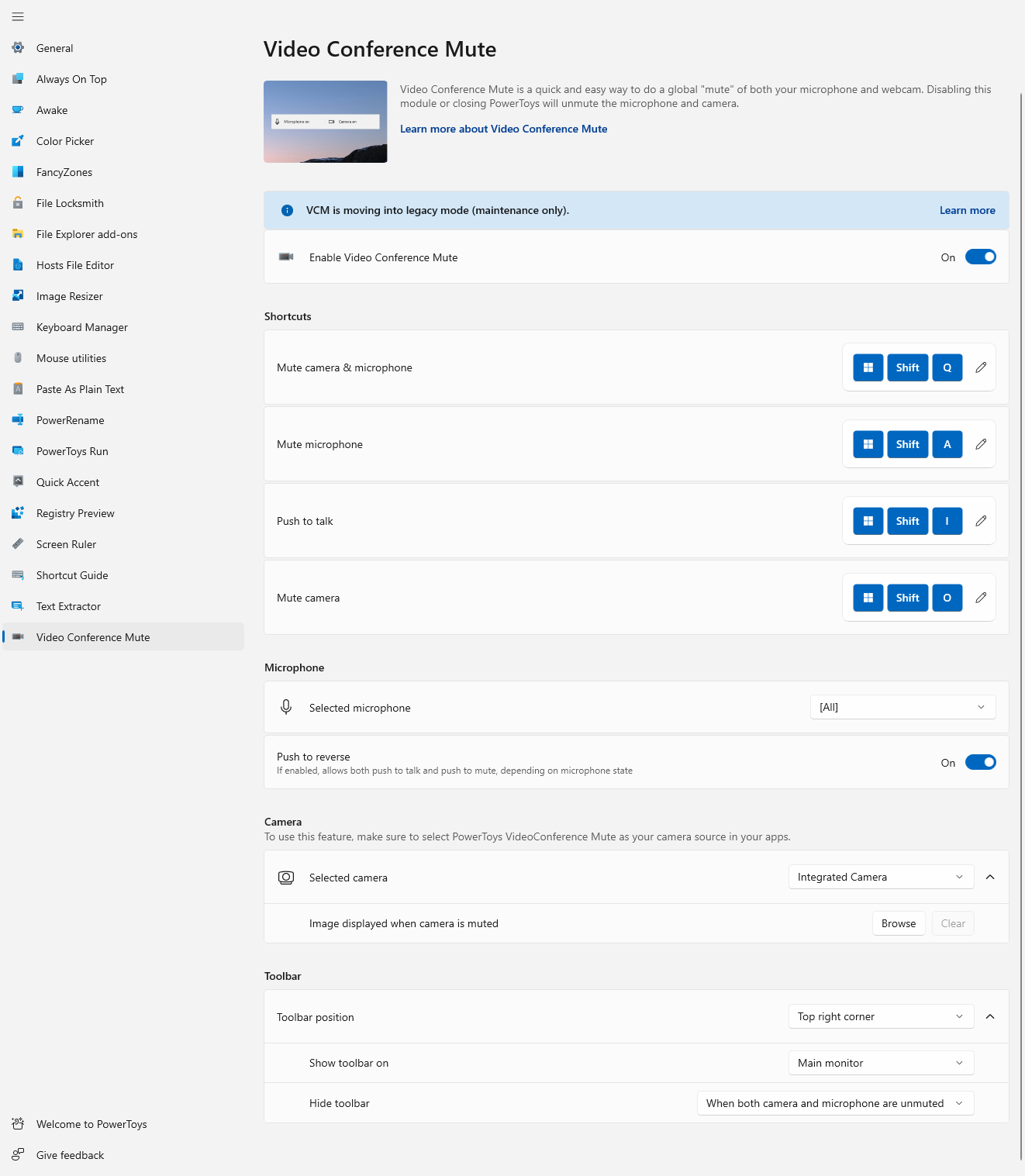 The update also includes everything in the v0.35.0 release.

To find out more about the Video conference mute utility, head over to head to Microsoft’s Video Conference Mute overview.

Microsoft notes this release will not be on WinGet. This release is on the “Experimental” channel, so only prerelease versions will be prompted for updates.

Find the utility at Microsoft here.