Lumia has been one of the most interesting Microsoft brands so far. The software giant changed its strategies a couple of times, and it could be rethinking how it sells the Lumia devices to businesses — one of its most important target customers.

One of the internal documents (featuring the high-end devices) revealed a Microsoft branded travel bag, along with some Lumia devices, as well as a Surface device:

The other document, which supposedly shows the mid-range devices’ packaging shows off some interchangeable boxes which will include a welcome letter and other support materials for customers. Interestingly enough, this packaging only applies to Lumia devices, and it will not apply to Microsoft’s other devices such as the Surface. 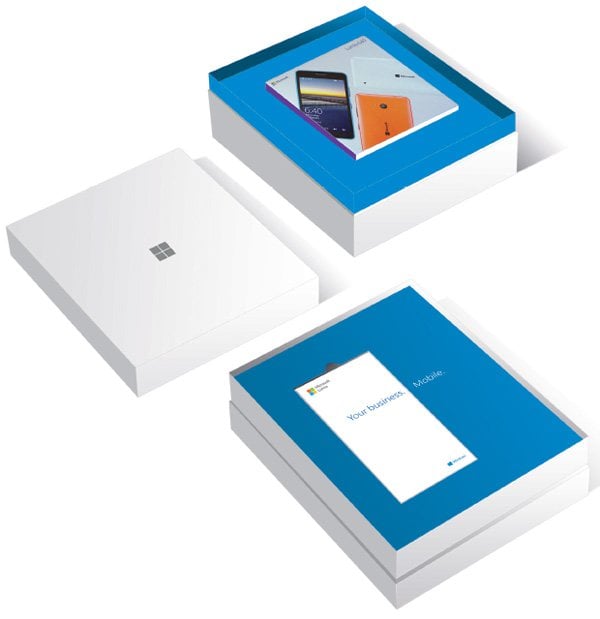 This is, indeed, quite interesting. It seems like Microsoft is planning to focus a lot more on business customers, which could possibly bring some improvements for Windows Phone’s market share.

It’s worth noting that the documents could be fake, so take this with a pinch of salt.