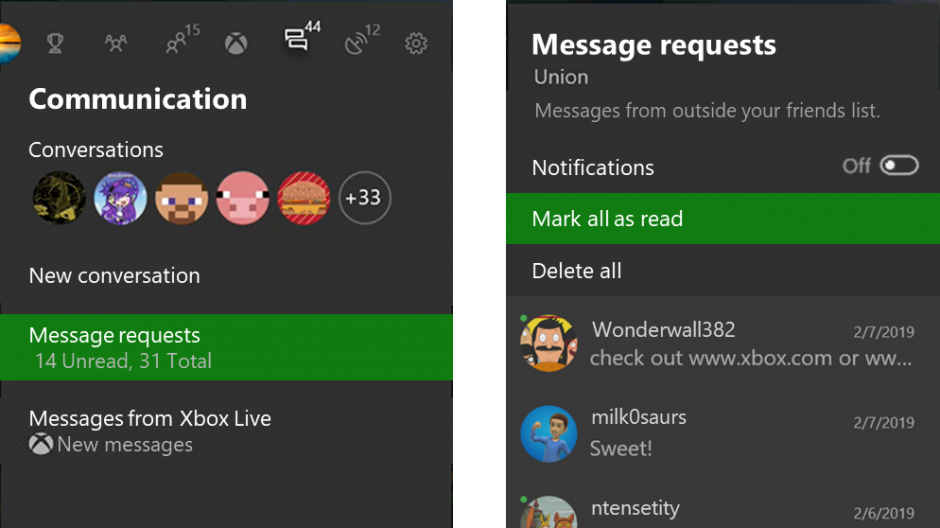 Microsoft yesterday announced the availability of May 2019 Xbox Update. This new update comes with improvements for messaging, friends list and more.

With this update, Microsoft has added an unique Xbox One, PC, or mobile icons next to each of your friends in your friends list so that you can know which device they are currently playing on.

This update brings new Message Requests feature that will prioritize messages from your friends and others who want to communicate. It will put people you don’t know into a secondary message requests tab.

Finally, you can now easily find the content you’re looking for in My Games & Apps. Xbox will no longer use articles such as “a,” “an” and “the” to sort titles. For example, “The Witcher” will now be found under “W” instead of “T.”