At IFA 2018 LG announced the LG WK7 ThinQ above, a smart speaker powered by Google Assistant.

Now with IFA 2019 only 4 days away, will LG announce a successor to the device?  Recently published design patents uncovered by LetsGoDigital suggests yes. 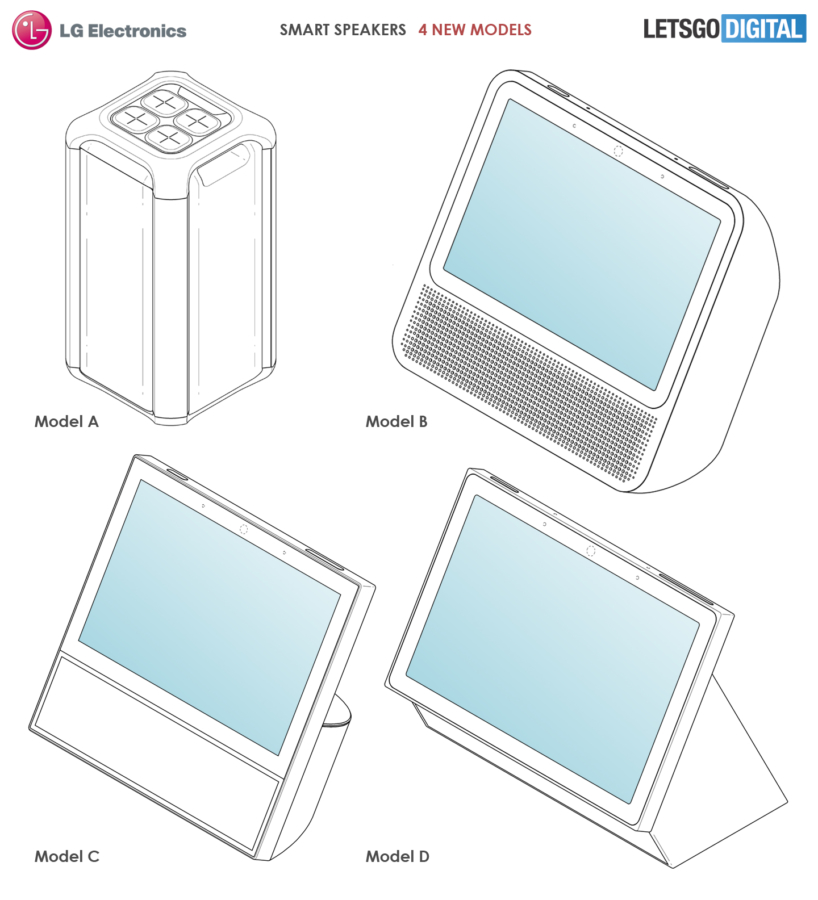 The 4 design patents (Model A , Model B , Model C and Model D) were filed at the KIPRIS (Korean Intellectual Property Office) and, except for the first (Model A), are more reminiscent of the Amazon Echo Show or Google Home that the older tower design.

Even Model A is more square than the LG WK7 ThinQ, while Model B,C and D all clearly have displays. Those devices also feature front-facing cameras presumably for video calling.

The patents were filed around a year ago, in August 2018, which should give enough time for one of the designs to come to fruition. Keep an eye on the site for full coverage of IFA 2019, starting on the 6th September in Berlin.