Kingdom Hearts 3 ReMIND has finally gotten a new English trailer alongside two release dates, one for PlayStation 4 and Xbox One.

Announced through a prematurely released trailer on the official Square Enix YouTube channel, we’ve finally gotten a decent look at what we can expect from the upcoming DLC. If you’ve yet to finish Kingdom Hearts 3, don’t look. 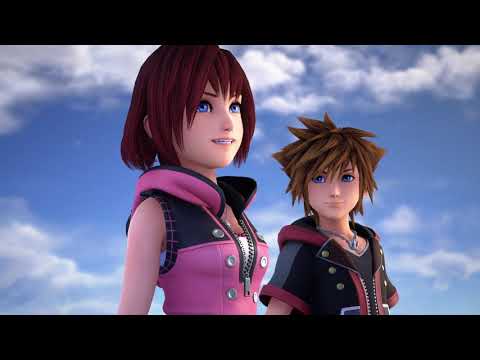 ReMIND—the other tale that unfolded during the climax of Kingdom Hearts III. Determined to rescue Kairi, Sora travels to the Keyblade Graveyard a short time before the final battle was to take place. Lacking a corporeal form, he traces the hearts of the seven guardians of light. Through experiencing their personal battles firsthand, Sora is about to discover truths that he has never before imagined.

Not only does the ReMIND DLC introduce series protagonists Riku and Kairi as playable characters – thank God – but it also shows the reintroduction of some glaringly absent characters from the original release of Kingdom Hearts 3. Yep, if you were confused how the Disney and Final Fantasy crossover series could release without any Final Fantasy characters, ReMIND has you covered.

In the trailer alone we spot Yuffie, Aerith, and Leon wondering what to do after the sudden disappearance of Sora at the end of Kingdom Hearts 3. Hopefully, they’ll have an impact on the story, too.

Kingdom Hearts 3 should also be receiving some other additional content alongside the release of the DLC. Not only will two new difficulty modes become available – Fast Pass and Black Code – but so will a photo mode.

Kingdom Hearts 3 ReMIND launches on on January 23, 2020 for PlayStation 4 whereas the Xbox One version becomes available on February 25, 2020.