The upcoming DLC for Typhoon’s Journey to the Savage Planet, Hot Garbage, will be a timed console exclusive for Xbox One consoles.

Announced during a recent Inside Xbox livestream, the Journey to the Savage Planet: Hot Garbage DLC will be only available on Xbox One consoles for a while.

The DLC, which tasks players to explore the new planet of DL-C1 to investigate the increasing pollution at the interstellar waterfront resort by Kindred Aerospace, will release on April 15th. The DLC will also be available on the Epic Games Store.

Journey to the Savage Planet: Hot Garbage will cost just $7.99 / £7.99. Of course, you’ll have to own the base game. However, for those who own Microsoft’s video game subscription service, the game will be entering Xbox Game Pass very soon. 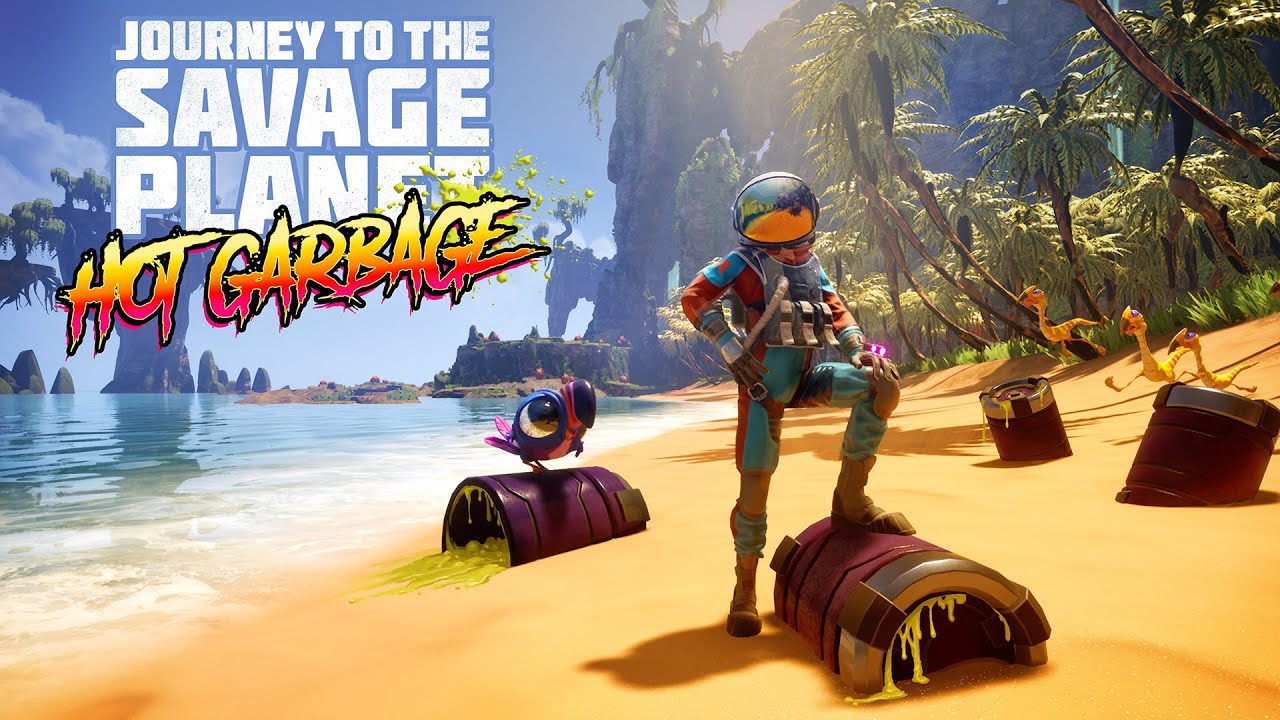 In our review of Journey to the Savage Planet, we called the game a, “small step for man, one fun leap for mankind.” (I should not have approved that line.)

“If you’re looking for a serious game with deep lore, you’re in the wrong place. Journey To The Savage Planet is a short but sweet and fun romp across a shallow pond, not to be taken too seriously but to be enjoyed without thinking too hard about it,” we wrote in our original review. “I’d love to see a more in-depth sequel in the future but, for now, I’ll remain content with slapping rocks and loving my Pufferbirds.”