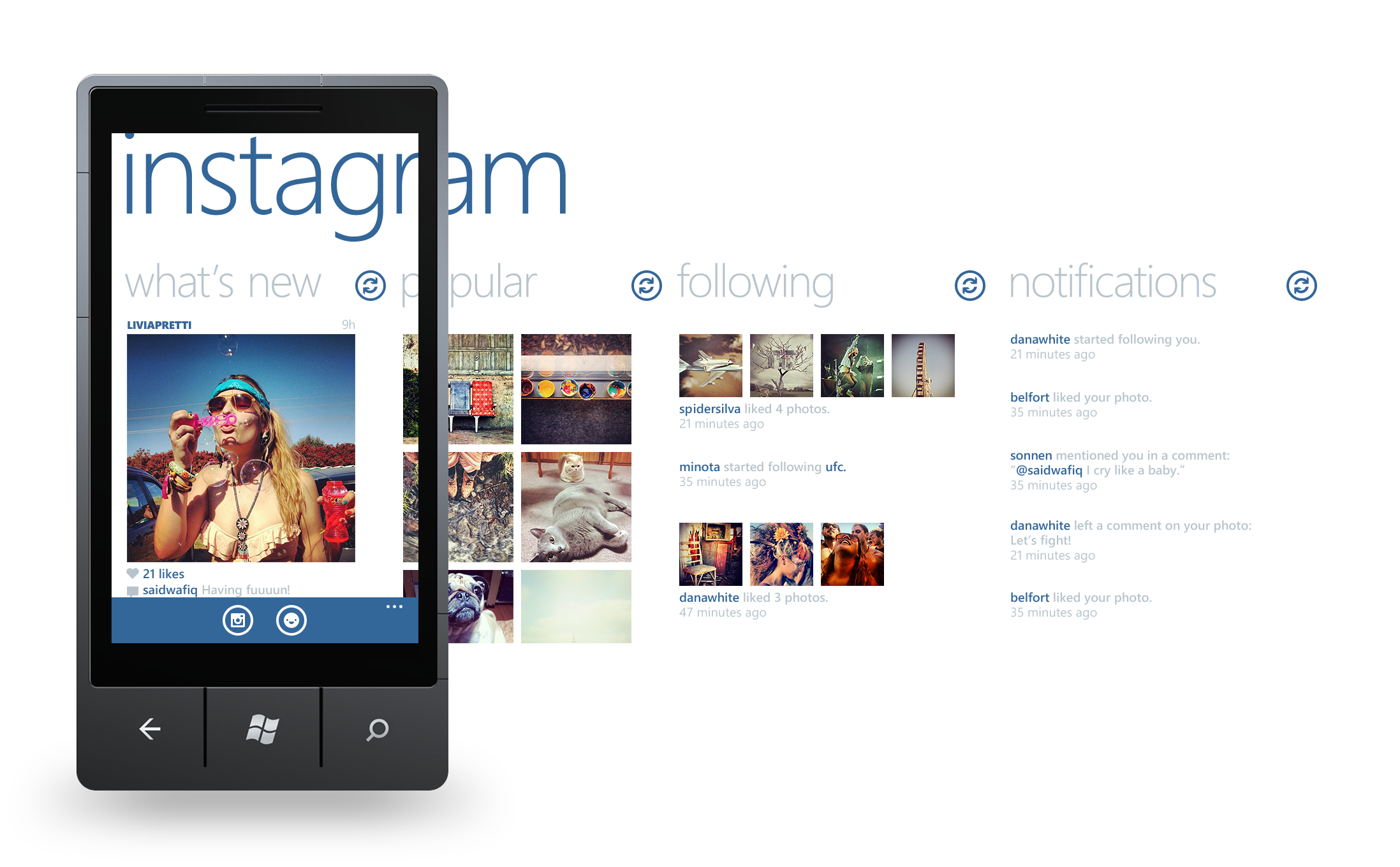 While this is still unconfirmed we believe Instagram has sent its lawyers after Daniel Gary and are forcing him to change the name and icon of the his app.  They are however allowing him to keep his app on the marketplace as long as these two concessions are made within 24 hours.

Our friends over at WPCentral are holding a poll, in conjunction with it’s developer Daniel Gary, to pick a new name for Itsdagram.  There five choices were:

Voting closes today at 1 AM ET, and it seems the community has settled on Instance.

It’s interesting that Instagram believes  Windows Phone is so insignificant that it will not make an application for it, but on the other hand forces a developer to change the name of his third party client.  From what I’ve been hearing there will be no official Instagram client this summer, and in fact one may not come until Windows Phone Blue.

Update: It seems from Daniel’s tweets it was Microsoft, not Instagram, which asked Daniel to change the name of the app to “make my app appear less like Instagram.” The plot thickens….