Months ago it was revealed that Microsoft tested out the Xbox One X’s enhanced visual capabilities using a demo involving various insects. The detail was clearly apparent in the images released, and now players will be able to experience this demo for themselves as it was announced to be coming to the console tomorrow. 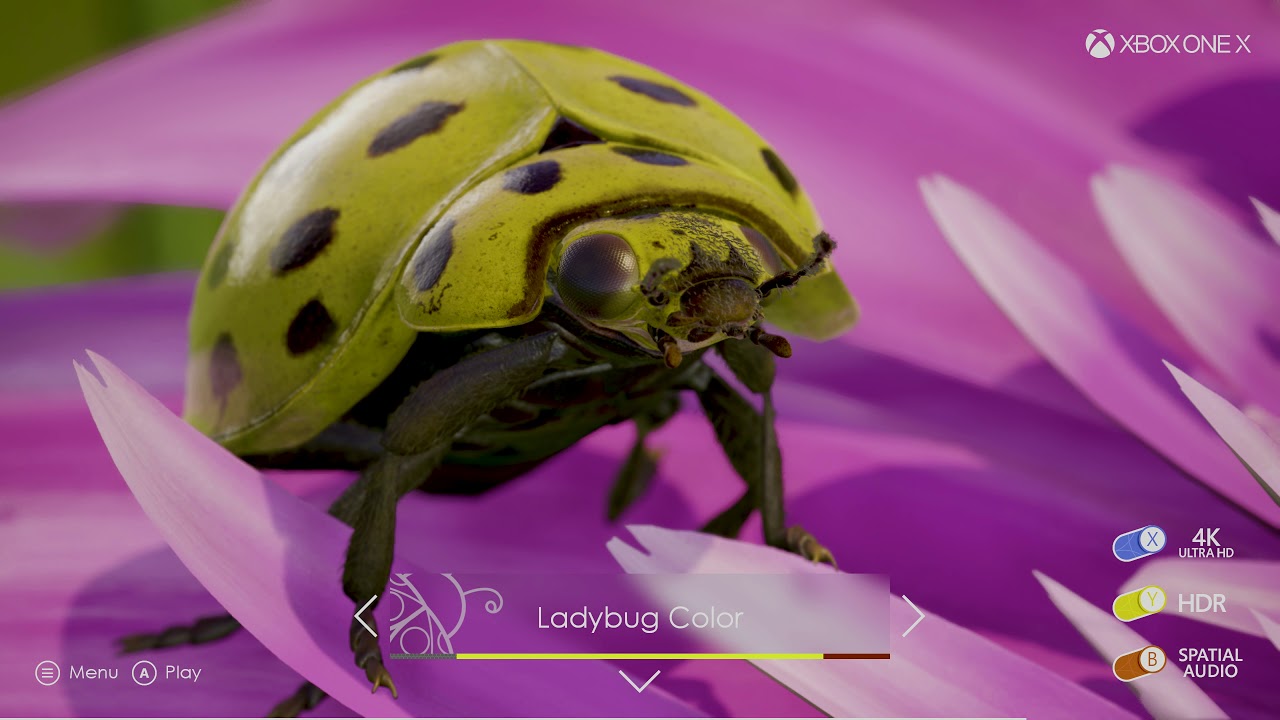 Insects was originally created by the Xbox Advanced Technology Group for game developers in order to showcase the dramatic differences in technology, including 4K Ultra HD, HDR, and Spatial Audio. When the team realized how fun it was, they decided to make it available for everyone. Starting tomorrow, Insects will be publicly available to download for free on the Microsoft Store here.

Insects features a set of toggles that allow players to control the resolution, HDR, and Spatial Audio settings. If you’d like, you can even change the time of day and colors of the ladybugs and flowers.

This is the perfect way to test out the Xbox One X’s visual capabilities as you don’t need to spend any money for it and it has already been optimized well for the system.