While early results of the Samsung Galaxy S20 Ultra’s cameras were somewhat disappointing, there is no denying that the handset is a technology monster, and today iFixit confirmed that the 100x Space Zoom lens includes features never before seen on other handsets.

Their teardown confirmed that besides the optical image stabilization at the prism which redirects the light down the lens array, the lens array itself is set on a rail which allows the lenses to move to focus (above) delivering real 4x optical zoom in a super-small package. Samsung gets to 30x zoom via sensor cropping and then to 100x zoom by various digital processing techniques.

The rest of the camera assembly is of course also very technically impressive, with the 108-megapixel sensor double the size of the iPhone 11 Pro’s camera with a special new material that separates each pixel to “[minimize] optical loss and light reflection.”

Hopefully, Samsung’s promises firmware updates will allow the handset to live up to the potential of its hardware in the near future.

See iFixit’s full teardown of the device below, and read more at their website here. 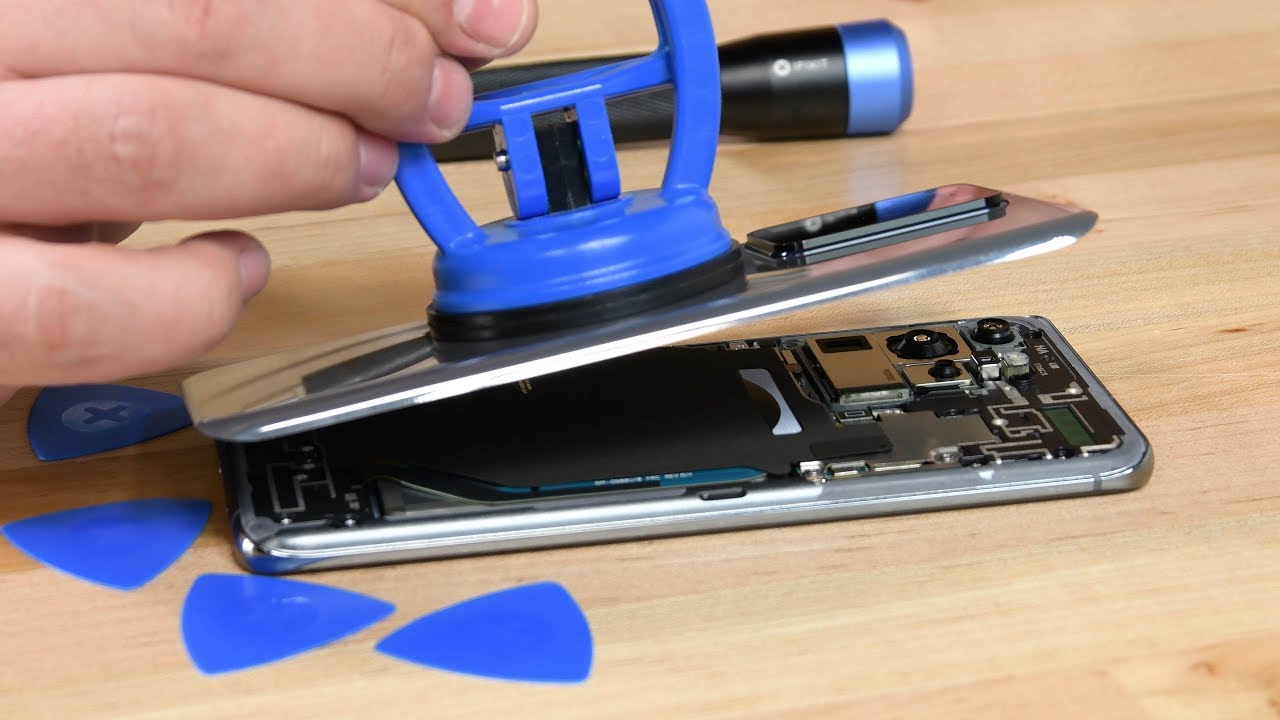