As has been rumoured, Google has made official their purchase of HTC’s handset division.

The deal would transfer phone development staff from HTC to Google and give Google a non-exclusive licence to HTC’s intellectual property.

“As a pioneer of the smartphone market, we are very proud of our history of innovation. Our unmatched smartphone value chain, including our IP portfolio, and world-class talent and system integration capabilities, have supported Google in bolstering the Android market,” said Cher Wang, chairwoman and CEO of HTC. “This agreement is a brilliant next step in our longstanding partnership, enabling Google to supercharge their hardware business while ensuring continued innovation within our HTC smartphone and Vive virtual reality businesses. We believe HTC is well positioned to maintain our rich legacy of innovation and realize the potential of a new generation of connected products and services.”

Unlike Microsoft’s purchase of Nokia’s smartphone division or Google’s earlier purchase of Motorola’s phone division, HTC will retain its brand and will continue to sell smartphones, with a successor to the HTC U11 already in the works. HTC will also continue to build the virtual reality (VR) ecosystem to grow its Vive business, while investing in other next-generation technologies, including the Internet of Things (IoT), augmented reality (AR) and artificial intelligence (AI).

Google’s Rick Osterloh, senior vice president of Hardware at Google, and ironically former Motorola executive called the move “their commitment to hardware”. Google has previously purchased Motorola Mobility for $12.5 billion in 2012 and sold it off to Lenovo for less than $3 billion two years later.

“HTC has been a longtime partner of Google and has created some of the most beautiful, premium devices on the market. We’re excited and can’t wait to welcome members of the HTC team who will be joining Google to fuel further innovation and future product development in consumer hardware.”

The most surprising part of the deal is the low price, with Google acquiring HTC’s hardware team for a mere US$1.1 billion in cash, a knock-down price in these dot-com boom days.

The deal was criticized by analysts, according to Reuters.

“HTC is past its prime in terms of being a leading hardware design house, mainly because of how much it has had to scale back over the years as because of declining revenues,” said Ryan Reith, an analyst at research firm IDC.

“Unless Google really wants to control hardware for its other businesses like Home and Chromebooks in addition to smartphones, then I don’t see this as being a bet that pays off.”

The transaction, which is subject to regulatory approvals and customary closing conditions, is expected to close by early 2018. 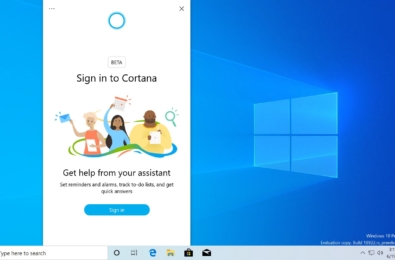