Soppy’s Adventure is the future platform game made by Loon Apps. Previous games by Loon Apps are Catch, Link and Covy Rush. 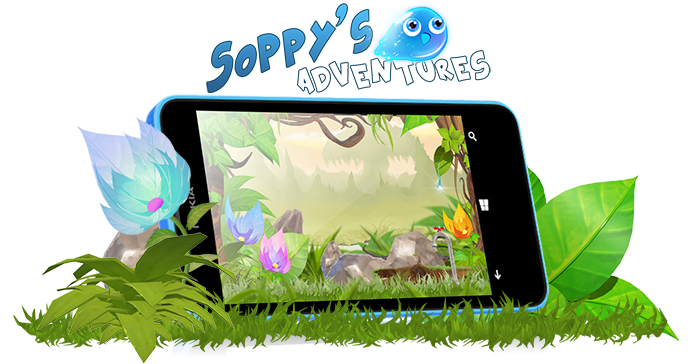 Soppy is a small drop of water fallen from a cloud on a rainy day. It seeks to return to its cloud in every way, and that’s where you come in!

Soppy’s Adventure is a platform and action game with a fun and original gameplay: swipe to propel Soppy into the air. In addition to being simple and addictive, this mechanism is very accurate. In Soppy’s Adventure you twirl Soppy around in a universe occupied by enemies and crawling with mortal traps.

Soppy’s Adventure is the first major project for Loon Apps. To Support this project, join the campaign in support of Soppy’s Adventure. From € 5 (USD 6.3), you will receive the complete game.

Support Soppy’s Adventure projet and give life to Soppy !