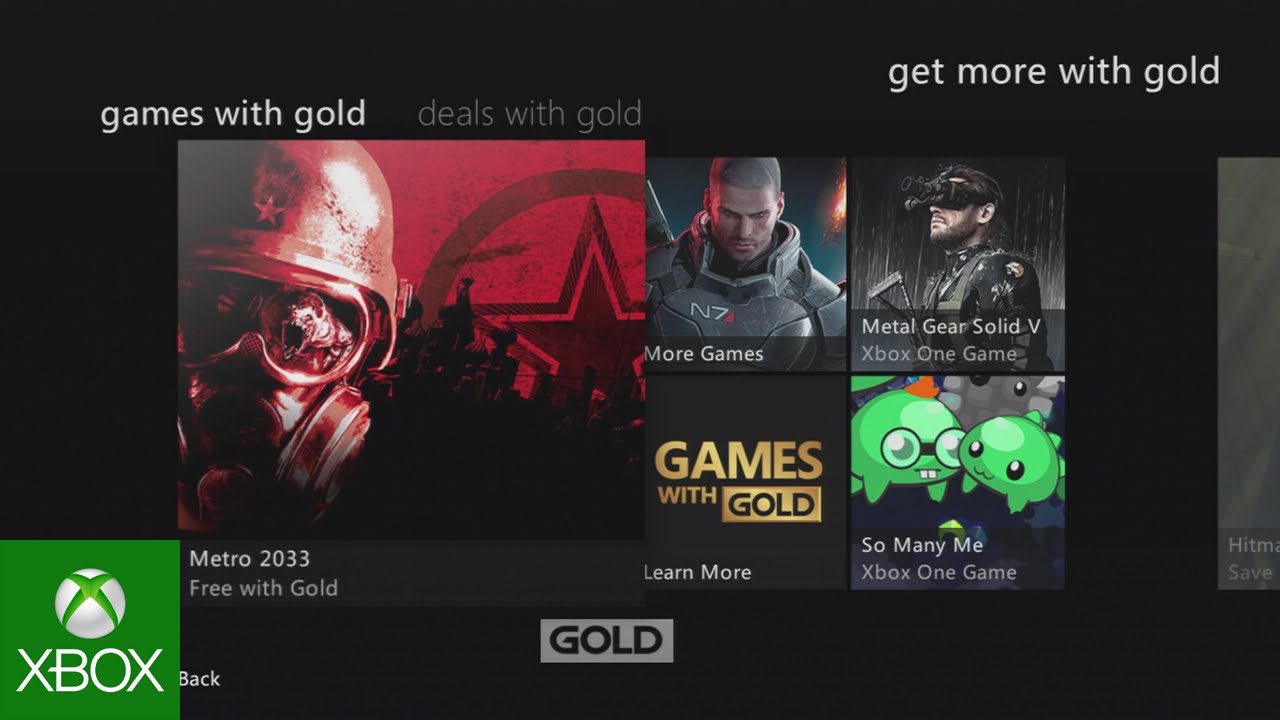 Xbox 360 owners with Xbox Live Gold can get up to 10 free Xbox One games before the end of the calendar year. Start today by redeeming Metal Gear Solid V: Ground Zeroes and How to Survive: Storm Warning Edition. Then come back every month to add two more free games to your Xbox One game collection.

It gets even better. When Xbox One Backward Compatibility launches in November, all future Xbox 360 Games with Gold titles will be playable on Xbox One.  This means that not only can Xbox 360 users start building their Xbox One game collections, but they can continue to play a growing number of their Xbox 360 games on Xbox One at no additional cost. Keep your game saves, add-ons, achievements, and Gamerscore while enjoying advanced features like Game DVR and in-home streaming to Windows 10. You can also play with friends no matter which console they’re on. With over 100 titles slated to arrive at launch this fall, and hundreds more in the months to come, Xbox One is now the best place to play your Xbox 360 games.

Starting in November, all future Xbox 360 Games with Gold titles will be playable on Xbox One. That means Xbox Live Gold members on Xbox One will get even more free games to play each month.