Gears of War 4 is about to get an update dropping new content and much needed improvements. Detailed on Xbox Wire, players can expect two new maps, 500G worth of new achievements, and a new matchmaking system.

One of the maps coming this month should be familiar to Gears fans. Mercy is being re-introduced in Gears of War 4. This classic map is set in the hometown of Dominic Santiago’s wife, Maria. The next map, Harbor Haze, is a new take on Harbor that adds a brand-new mist-mechanic. Mist rolling in from the sea will dramatically reduce visibility, making for more dynamic gameplay situations and chaotic encounters. Both maps are available now in the Developer Playlist, and will become available to everyone in Public Matchmaking beginning on September 12. 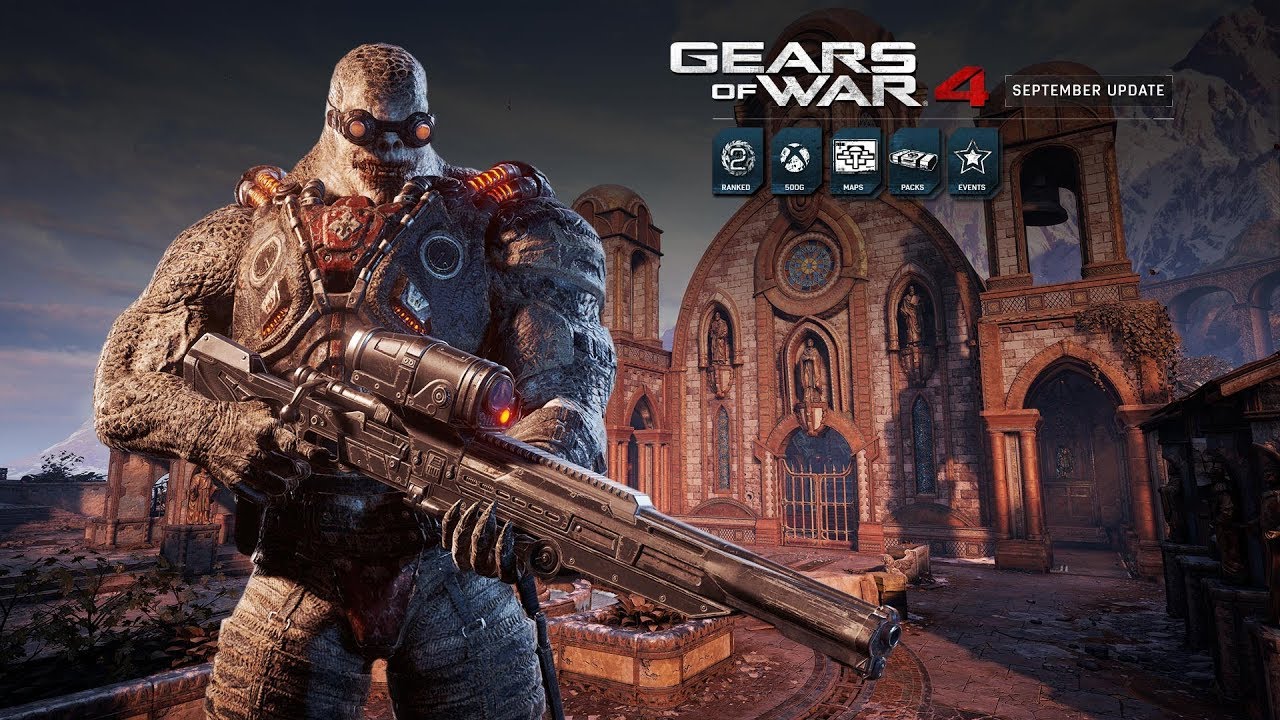 A major change is also coming to matchmaking later this month. No longer will players be restricted to Region Locking matchmaking (matching you only with players in your choice of Region). Instead, they are making the switch to a new Quality of Service matchmaking system. This means that players will be matched on local data centers with other players of similar connection quality more often. In addition to this, Skill Based Matchmaking has also been improved. The Coalition promises to support Gears of War 4 throughout 2018.