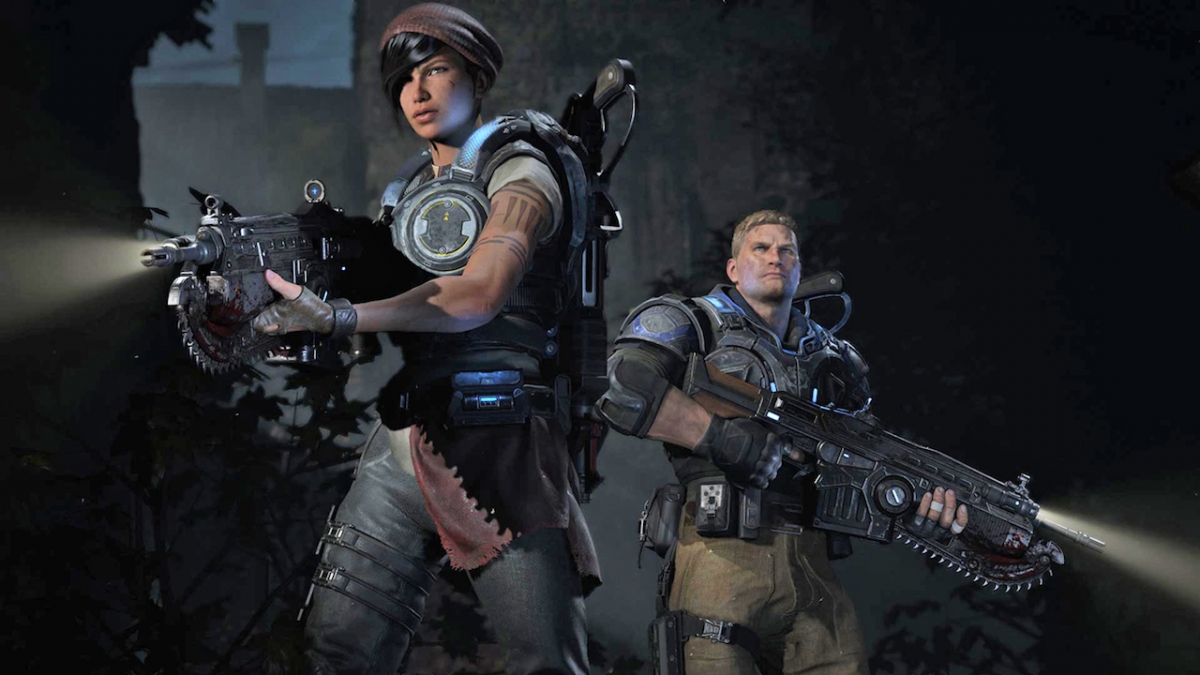 It’s a new month, which means a fresh update of new content for Gears of War 4! April is bringing the goods with an Easter-themed event alongside a major tuning update, ranked play improvements, new maps and more legacy characters to collect.

Easter festivities kick off with Bunny Hunt, an Easter-themed game mode which brings back the oversized bunny heads from previous games into a new variation of Guardian. On top of that, fans will get to unwrap five chocolate Easter egg-themed weapon skins by registering on the website and completing challenges in the special playlist.

This month brings back maps from Gears of War 3 called Hotel and The Slab. Hotel was a classic part of the Gears of War 3 lineup. The map is now set on a misty cliffside, with a long-abandoned look that feels right at home in Gears of War 4. Cell Block 38 in The Slab was where Gears of War began. Last seen as a post-launch map for Gears of War 3, we return to Marcus’ prison. For Gears of War 4, The Coalition have honored the original’s look while cranking up the detail. Both maps will be available to season pass holders today. There’s also a double experience and credits event going on right now. 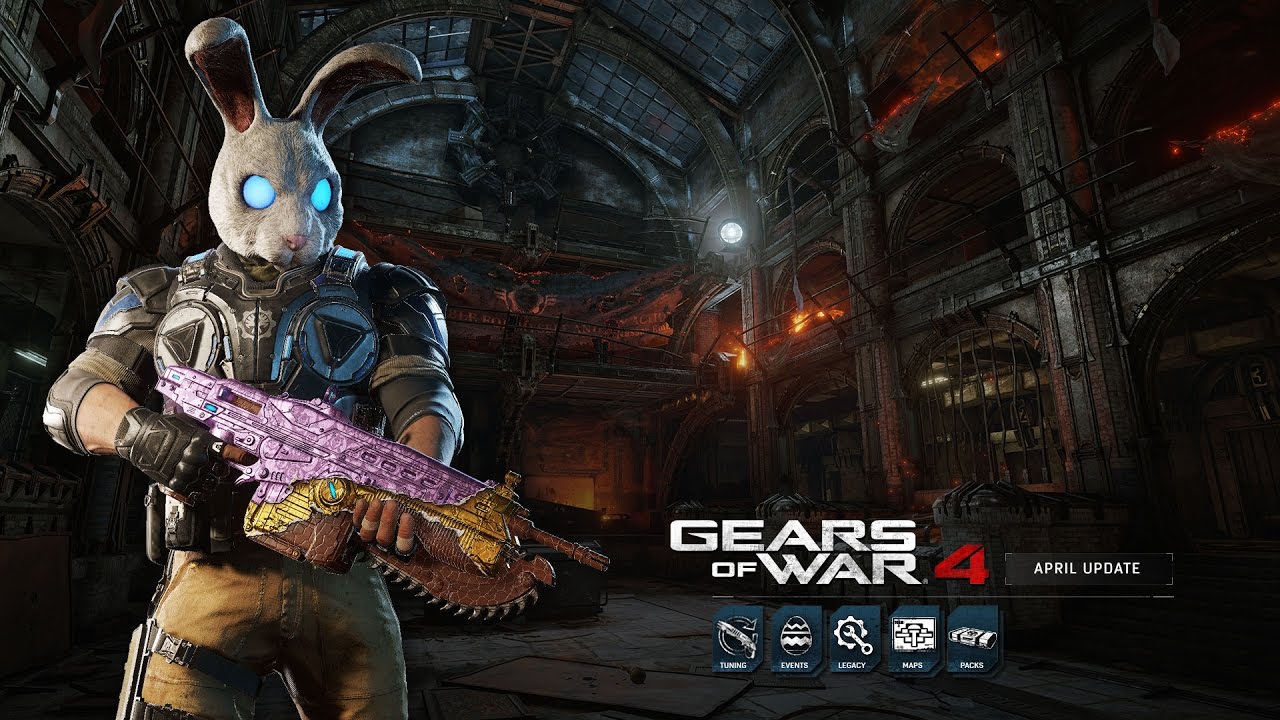 Continuing the trend of bringing legacy characters to the game, this month adds Kantus. Kantus is a rather grotesque Locust leader who was quite a formidable adversary in the previous titles. That’s it for new content but there are significant tuning changes coming to Gears of War 4 as well.

The tuning changes provide major updates to both Core and Competitive play. Core changes mostly focus on making the starting weapons fit their role better than before, with reduced range on the Gnasher, improvements to the Hammerburst and slight tweaks to the Lancer. For Competitive, it’s all about adjustments that highlight teamwork. There are other changes coming to Ranked Play including Seasons, Season Rewards and more.

Gears of War 4 garnered great reviews and the multiplayer community is strong due to these updates. While the barrier to entry may be a little high due to the dodge-rolling technique, it’s still a lot of fun. If you haven’t given Gears of War 4’s multiplayer offering a try, now is the best time to do so.