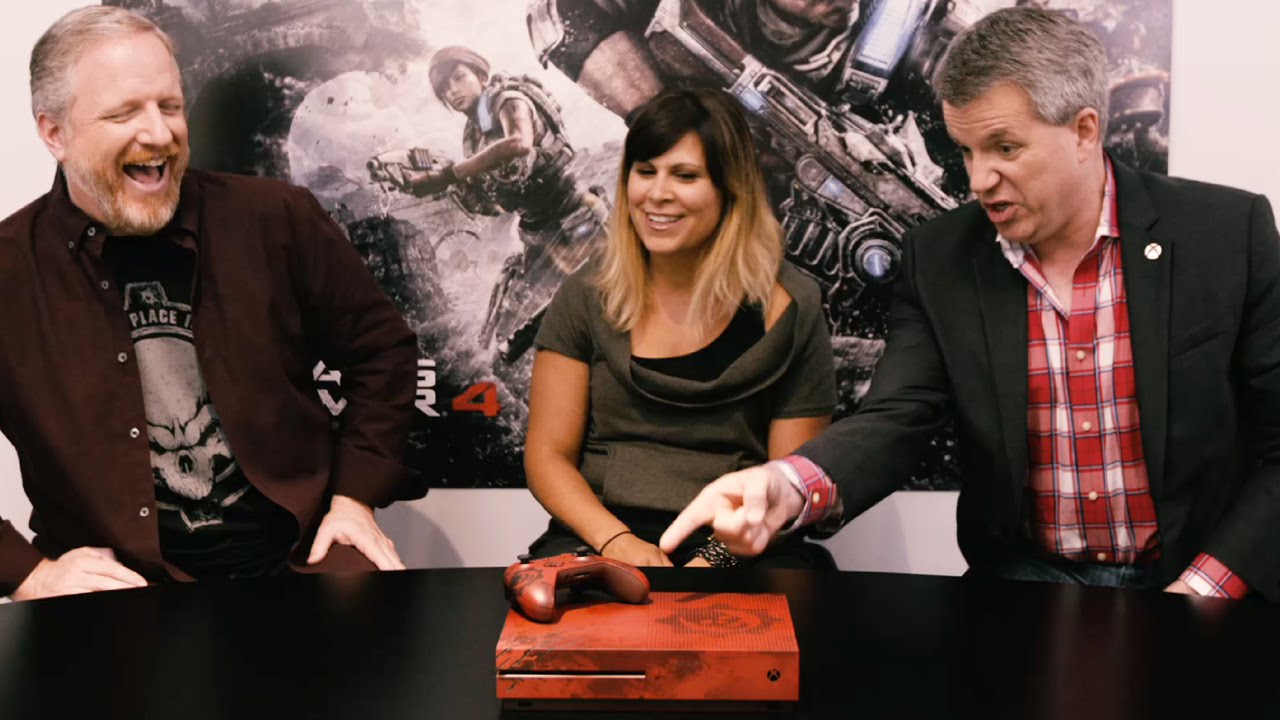 Last week, Microsoft announced the special edition Gears of War 4 Xbox One S that will come with a 2TB hard drive and a custom “Crimson Omen” Xbox One S controller. The console bears the battle marks of surviving a desperate fight against Gears of War 4’s ferocious new enemies – the Swarm. It also features laser-etched scratches, bloody thumbprint on the controller’s red metallic D-pad and the iconic Crimson Omen. This bundle will come with Gears of War 4: Ultimate Edition download code, early access to the game on October 7, Gears 4 weapon and character skins, a multiplayer lobby emblem and six “Gear” packs containing in-game items.

Microsoft yesterday gave us a walkthrough of Gears of War 4 Limited Edition Bundle,

Major Nelson speaks with Rod Fergusson from the Coalition and Monique Chatterjee from the design team about how the Gears of War 4 Limited Edition Bundle came to be, including all the digital content you receive with the bundle and behind-the-scenes info on designing this one-of-a-kind console.

The console is now available to pre-order on Amazon.com for $499.99