As promised earlier this year, Funimation has now gifted anime fans with their new mobile apps for streaming on iOS, Android, Amazon, and thankfully Windows 10 devices.

The new app allows Windows users access to over 400 shows, including popular shows like One Piece and Naruto, as well as classics like the Dragon Ball series.

Here’s what the apps feature:

• The latest simulcast shows, as well as our huge library of anime classics

• Exclusive English dubs within weeks of their Japanese broadcast

Funimation’s official blogpost also makes mention of cross device functionality like episode sync and cue sync across devices. In theory, this means you could start  watching on your Surface in the morning, switch to your Xbox during the day and then snuggle up with your Lumia at night without missing a beat.

Aside from Netflix and DailyMotion, this is one of the few universal Windows apps that exist in the Window store to facilitate streaming. Unfortunately, its not perfect at the moment if the store reviews are to be believed. Reviews in the store make mention of bugs here and there and login issues. Funimation promises updates coming in May and through out the year, so it remains to be seen how fast they’ll patch these bugs.

It is also not available to download out of the United States Windows Store at the moment, which means we have been unable to test it. Funimation plans to launch the service in other countries like the UK soon, but we’re uncertain of the time frame.

Download FunimationNow for Windows 10 devices from the store link below, 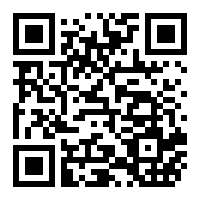