Microsoft has taken a lot of flack for privacy issues in Windows 10, and now ZDNet reports that the French National Data Protection Commission (CNIL) issued a formal notice against Microsoft, listing a number of complaints which unlike some paranoid ranting we have heard from others seem reasonable and well researched.

The CNIL based their complaints on seven investigations it conducted between April and June 2016 and interviews with Microsoft representatives and list the following complaints:

From that list, the fact that the default data collection includes specific app usage information (something some people are quite sensitive about) does seem excessive and it seems some of Microsoft’s privacy practices do not meet modern standards for example being able to opt in and out individually to using Microsoft’s advertising ID on an app by app basis.

The CNIL has demanded Microsoft “stop collecting excessive data and tracking browsing by users without their consent,” and has given Microsoft 3 months to comply. At present it is not known what penalties Microsoft will face if they do not address the issues.

We built strong privacy protections into Windows 10, and we welcome feedback as we continually work to enhance those protections. We will work closely with the CNIL over the next few months to understand the agency’s concerns fully and to work toward solutions that it will find acceptable.

“The CNIL noted that the Safe Harbor framework is no longer valid for transferring data from European Union to the United States.  We fully understand the importance of establishing a sound legal framework for trans-Atlantic data transfers, and that is why Microsoft has been very supportive of the efforts on both side of the Atlantic that led to last week’s adoption of the Privacy Shield.

Microsoft expects to make changes to their privacy policy to address the complaint, but notes in the above statement that what they do is already legal due to another of other provisions and protections beyond just Safe Harbour, and that they take the privacy of their users very seriously already.

Do our readers agree with the CNIL that Microsoft has in some cases gone a bit too far, or is Europe once again being somewhat oversensitive regarding privacy? Let us know below. 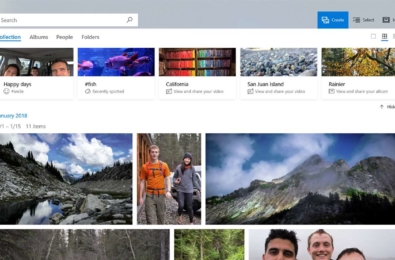