Creative director Mike Brown has announced that Forza Horizon 5 will feature both American and British sign language options for cinematics.

“From the very beginning of development of Forza Horizon 5, we made it a priority to incorporate accessibility features,” Brown explained in a new Xbox Wire news post.

“We want everyone in the world to be able to experience our game, and with more than an estimated 400 million gamers with disabilities across the globe, it is vital that all players be able to tailor their gameplay in a way that works best for them.”

Thanks to this approach, Playground Games has gone above and beyond with the accessibility options that are present within Forza Horizon 5, This means that, as a step above what games typically offer, Forza Horizon 5 will feature a “picture-in-picture display near the bottom of the screen of an ASL/BSL interpreter during the cinematics in the game.”

Here is a rundown of the other accessibility features available in Forza Horizon 5: 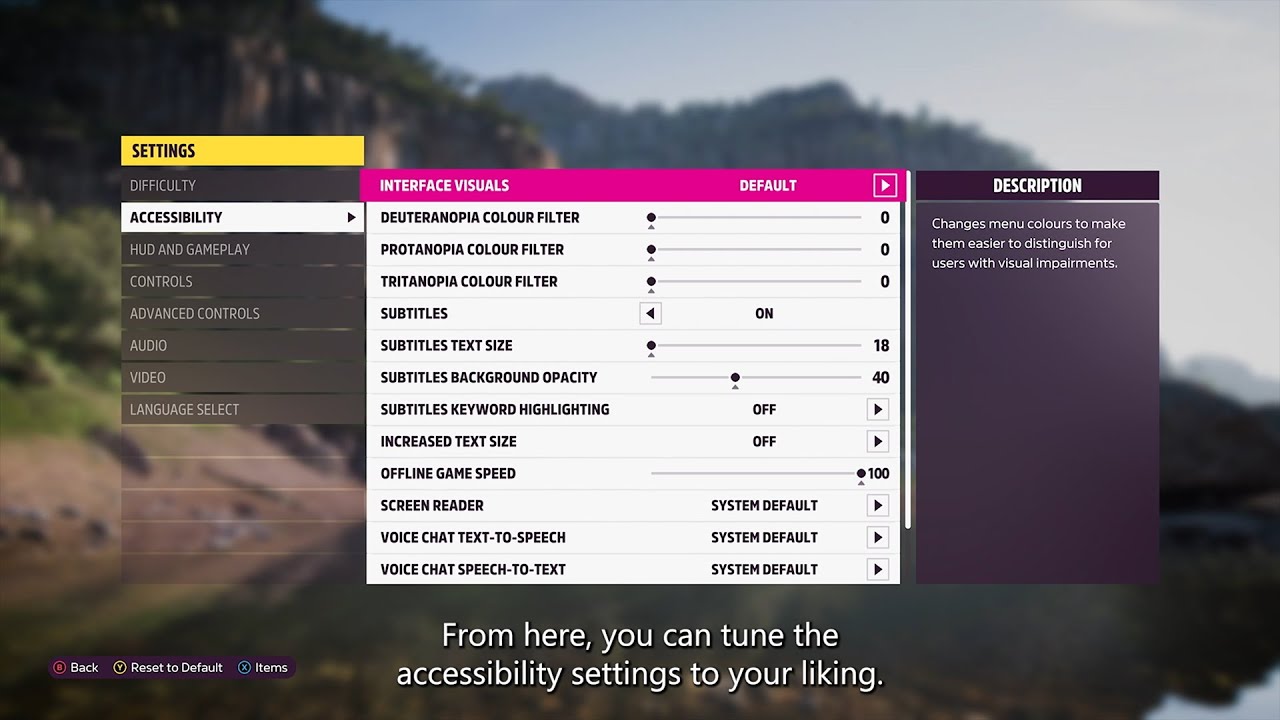