Update: As pointed out by some of you in the Comments below, the latest update brings a couple of other new features. Most notably, the Groove Music app now has music videos on PCs and Mobile devices — this feature initially launched on the Xbox One, but now it’s available in more Windows 10 devices thanks to the latest update. Here’s the full list of new things:

Remember Project NEON? It’s the upcoming upgrade for Windows 10’s design, focusing heavily on blur and animations. We exclusively revealed Project NEON back in January, where we were able to give you a first look at how some of the Windows 10 apps would look with NEON. Today, Microsoft rolled out a pretty major update to the Groove Music app in Windows 10. With the update, Microsoft is introducing parts of what we’re hoping to be NEON on the Groove Music app.

The update brings blur to the sidebar of the Groove Music app, which looks pretty slick as you can see in the screenshot above. The sidebar has translucency as well to achieve the blurred background, which means you will now see what’s behind the Groove Music app when you move the window around. It’s pretty tough to explain all the different effects, so here’s a video showing off the blur in action: 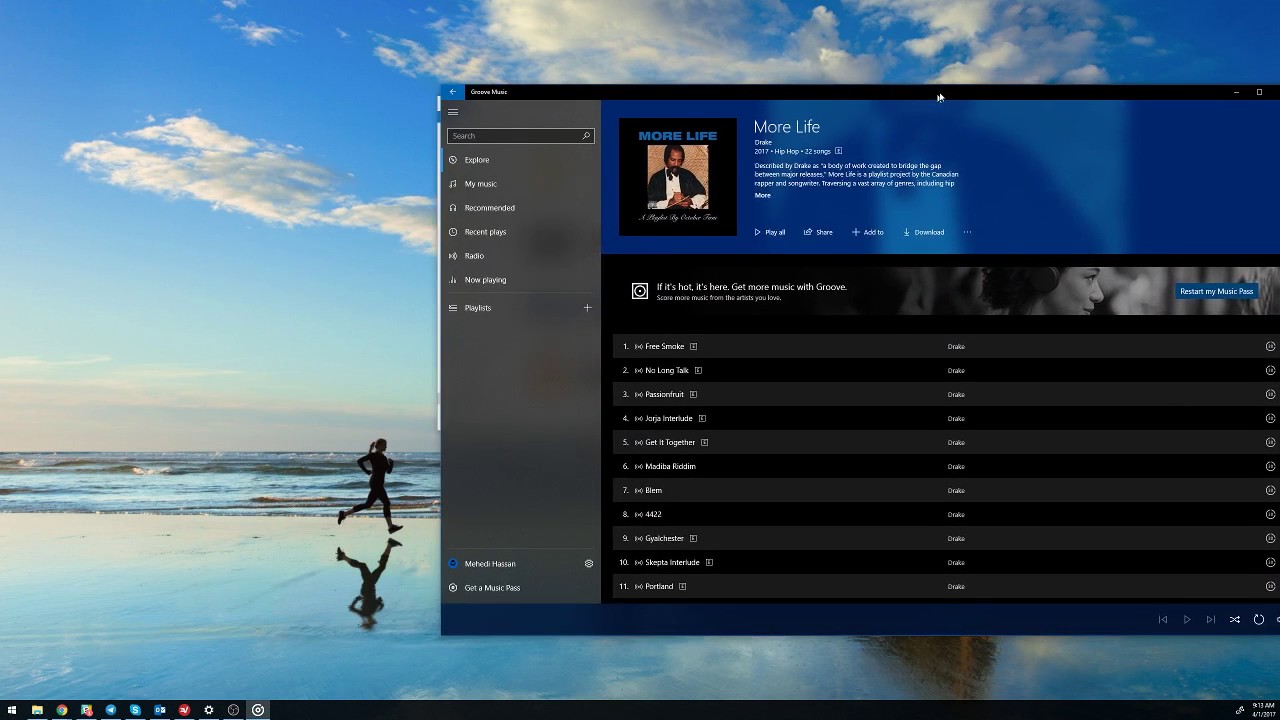 Of course, this isn’t “full” Project NEON and we are still months away from the final version of Project NEON on Groove Music. At this moment, only the sidebar and some other parts of the app have the blur effect but once Microsoft implements Project NEON properly, it will be present throughout the app which will make it look a lot nicer. But that likely won’t happen before Microsoft releases the Windows 10 “Redstone 3” update.

Microsoft will likely give us a much closer look at Project NEON and how it works on apps such as Groove Music at Build 2017 in May, so that should be very exciting. In the meantime, you can get the latest update for Groove Music from the Windows Store below if you are a Windows Insider in the Fast Ring: