In a livestream event, Ubisoft has shown off some more of Far Cry 6, ahead of their Ubisoft Connect E3 conference.

The livestream started off in style, with a lot of stylised posters, postcards and still frames from the games setting in Yara, the capital city of Esperanza,  to get everyone in the mood and up to speed with the totalitarian regime, you’ll be revolting against in the events of the game.

As thirty minutes of thematic slideshow rolled by, however, fans in the livestream understandably got a little irate after already having waited on one countdown for the show to start proper, even if the slideshow did portray the events proceeding the story.

Narrative director Navid Khavari kicked off the event proper by explaining that Yara is a map of contrasts, with both vast jungle and decaying city on an island that’s been frozen in time for 50 years after a violent revolution cut it off from the world.

On top of having the usual selection of weapons both typical and unique to enjoy, you can also customise your character in Far Cry 6, but that’s hardly as fun as the new backpacks, one of which is a mortar launcher. There’s also a gun that shoots records playing the Macarena and a sidekick sausage dog.

As you can expect, there’ll be the usual choice between loud and quiet operation with sabotaging stealth gameplay or a whole lot of shooting to choose between. Whichever path you choose, Far Cry 6 looks like a bundle of revolutionary fun which once again embraces some of the series’ sillier aspects. 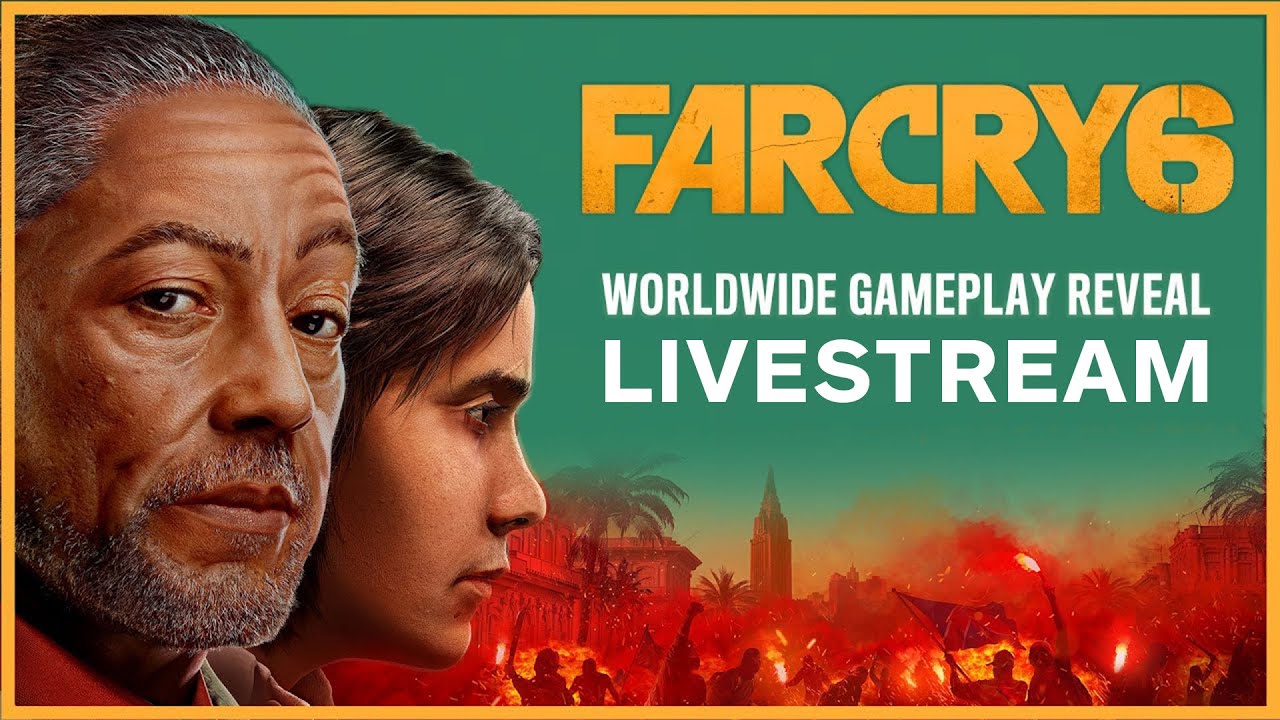 The gameplay reveal was spoiled somewhat by a leak beforehand, which Ubisoft was quick to slap with a copyright takedown. This didn’t stop details from spreading earlier than Ubisoft intended, unfortunately.

Far Cry 6 also has a new release date, October 7th 2021, where it will release on PC, Xbox One, PlayStation 4, Xbox Series X|S and PlayStation 5.