Banking on the nostalgia of retro gamers has been a somewhat successful business practice as of late. From the release of the NES, SNES, PlayStation and Genesis Classic mini consoles to the releases of retro-inspired peripherals like the re-released Xbox Duke controller, there’s always something new to reel in retro gamers. Thankfully, unlike most, Blaze Entertainment’s Evercade retro portable is everything we would’ve wanted: gorgeous, well-built and great to play.

While the recent scourge of mini consoles are simply well presented devices with digital ROM dumps permanently stored on (typically) inaccessible internal storage, Blaze Entertainment’s offering appears as a much more inspired system. The Evercade hardware itself holds no games, not a single one – instead, each game is stored on a cartridge. Remember them?

That’s right, unlike what Sega, Nintendo or Sony will sell you to get your retro fix, you’re buying into a new ecosystem of games and hardware – not all retro but all retro-inspired. Everything is beautifully presented and well constructed: quality oozes from its delightfully playful packaging to its sturdy and sleek fabrication and all the way to its very pleasing buttons. Even the system’s cartridge slot feels satisfying to use; slapping in one of the console’s curved white cartridges echoes the all-important clunk of plastic meeting together. Oh, the memories!

But how do games play on Blaze Entertainment’s newest toy? Fantastically! While some other outlets have reported emulation issues, our extensive testing over the past two weeks hasn’t shown any problems across nine different game collections. There’s not a single stutter or visual glitch that wasn’t also present on original hardware – flickering sprites are par for the course on classic NES/Master System games.

Every game is beautifully presented on the hardware’s 4.5-inch LCD screen. It’s a sizable display: while it isn’t overly bright and viewing angles aren’t fantastic, its 480×272 resolution brings these old games to life. Even more modern retro-inspired games – like the tremendous Mega Cat Studios Collection cartridge – look extremely crisp on the Evercade display. The only less-than-stellar looking aspect of the system is the in-game menu for saving and loading whenever you will but, to be honest, who cares how that looks?

Unfortunately, sound isn’t as satisfying on the emulator console, although it is far, far away from terrible. The system’s speakers aren’t particularly loud or crisp, often leading to a slightly tinnier experience than the orgiastic bass punch of the games’ original hardware – Mega Drive games certainly don’t sound as impactful but, very importantly, the audio experience of the Evercade is leaps and bounds ahead of any of the cheap handheld Mega Drive clones that many of us have been fooled into buying.

Thankfully, if you want to get the pure exhilarating audio experience that many retro games embraced, the Evercade has a mini-HDMI port located at the bottom of the console for hooking the system up to a television. The system’s oval shape resonates feelings of sitting on the floor and holding a SNES controller – mostly because our HDMI cable was about two feet long – it’s an extremely comfortable system to use. There’s also the inclusion of the fabled headphone jack for wired headphones!

The only real disappointment with the Evercade is its charging port: micro-USB. While it doesn’t take too long to charge the system’s four-hour battery through this port, the industry’s switch to the more reliable, faster and easier to use port would’ve been a great future-proofing inclusion for this new hardware. It’s by no means a deal-breaker, just a little smudge on an otherwise fantastic piece of art. 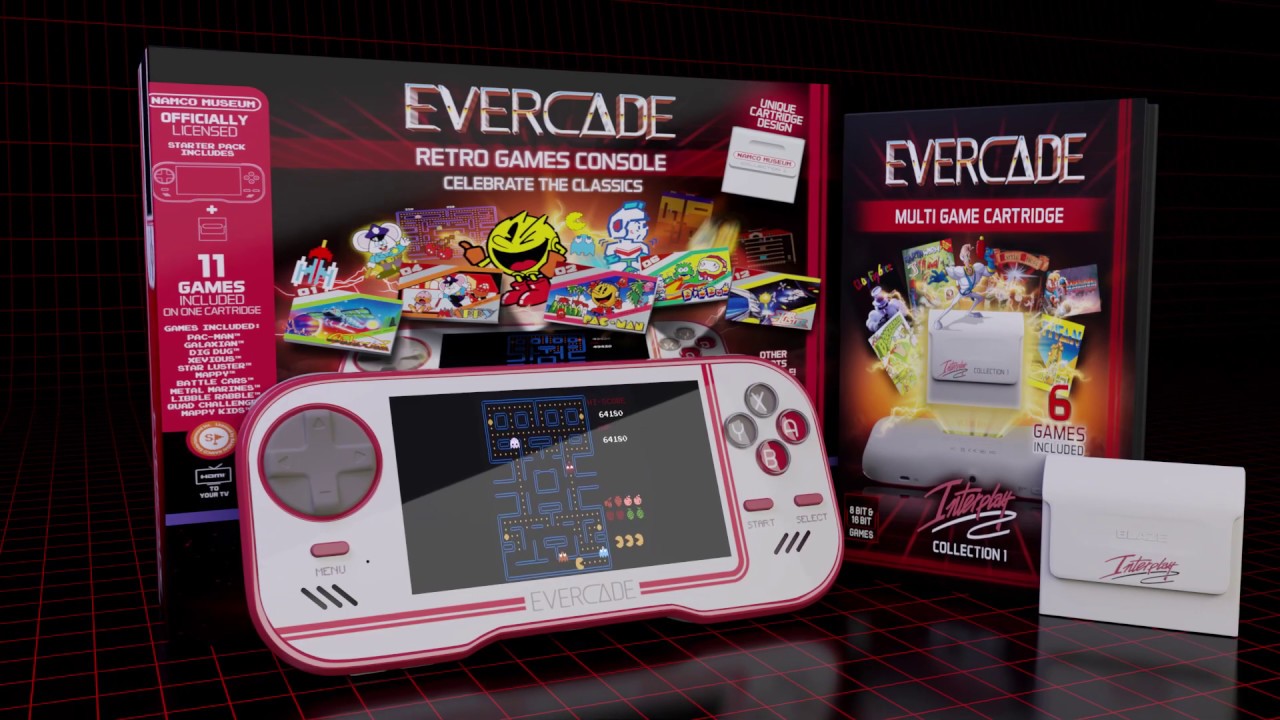