Horns of the Reach features two brand-new dungeons for you and three companions to explore and conquer as a group. The first of these new activities is Bloodroot Forge, an ancient, long-forgotten forge that was recently rediscovered by the Reachmen and their minotaur allies. This forge, rumored to have been created by the Daedric prince Hircine, can create weapons of unbelievable power. When exploring this new dungeon, you will navigate through heavy vegetation and deep, lava-filled corridors to reach the heart of the forge and put a stop to Gherig Bullblood’s plans. 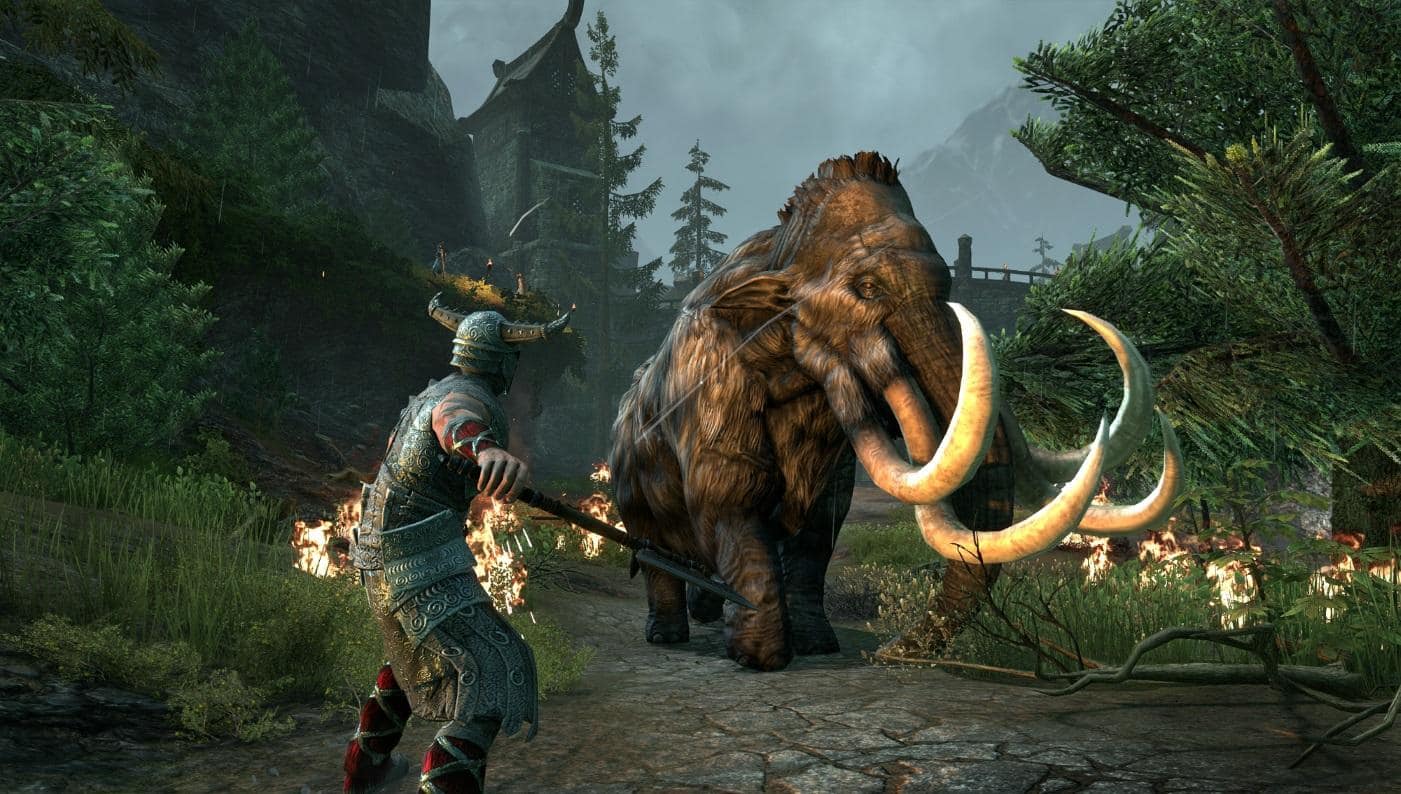 The second dungeon is Falkreath Hold, a township under siege that will soon fall to the marauding hordes of Domihaus the Bloody-Horned. You and your companions must break the siege, move into the town and Jarl’s Hall, and defeat the monstrous warlord himself.

The Horns of the Reach Game Pack includes:

Free updates coming in Update 15 include: