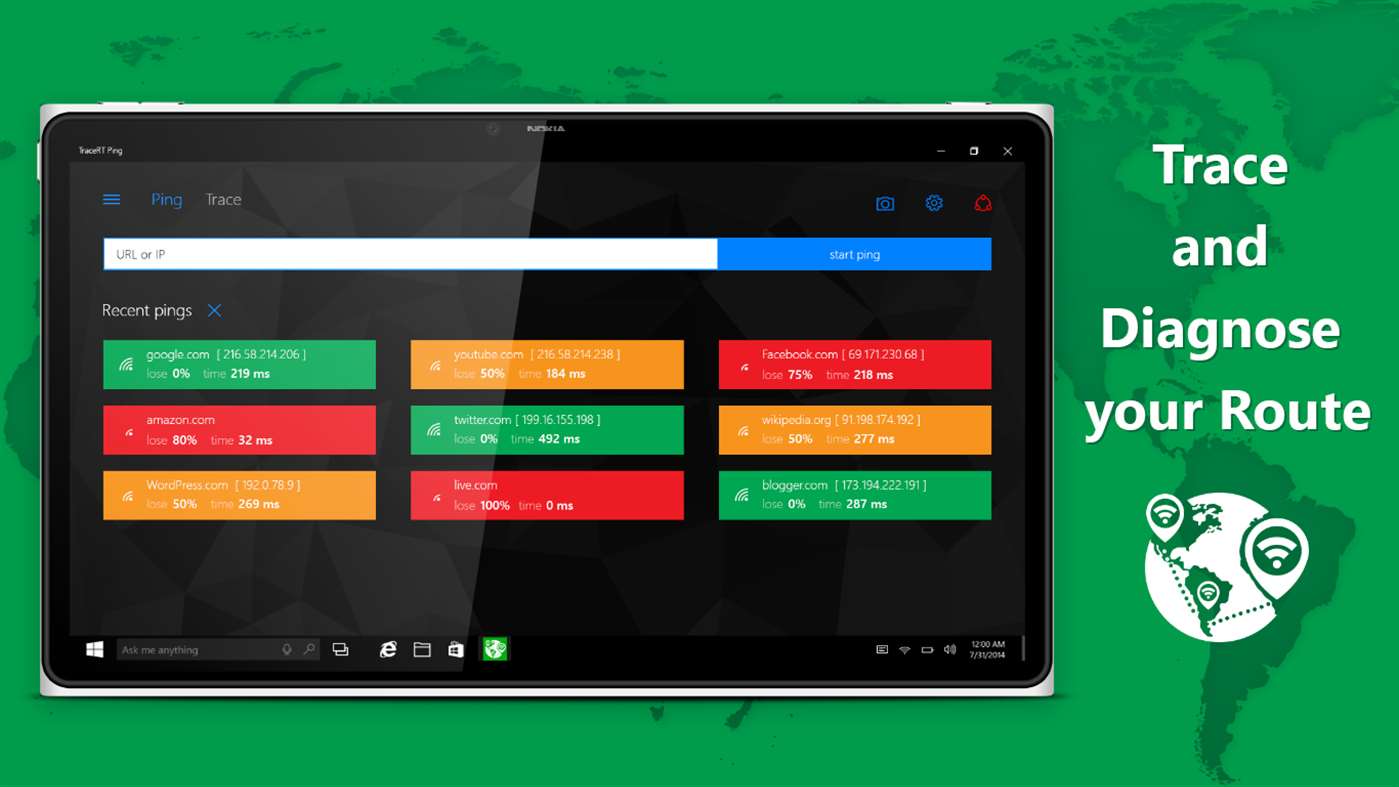 TraceRT Ping is the best way to pre-verify the success of the passage of data sent to a specified point.
This application allows you to trace route of the packet path to the end node and determine whether it is operational. Also with TraceRT Ping you can find out the number of nodes through which the packet passes from you to the specified endpoint and determine the point of packet loss.

Features:
– Checking the quality and integrity of the connection in the network.
– Verifying a successful of data passing to a specified point.
– Trace route of the packet path to the end node.
– Checking and displaying nodes through which the packet passes, as well as number of nodes.

Get TraceRT Ping from the Windows Store

The app was not found in the store. 🙁
Go to store Google websearch