If you can’t be a leader at the very least you should be a fast follower.

Microsoft has not proven itself adept at leading, and, after a false start, they tend to follow well after the market has already been settled.

We saw this pattern most recently in the smartphone and smartwatch/ fitness band arena and are currently seeing it play out in the Augmented Reality space, where Apple with ARKit has simply walked in and taken all the mindshare Microsoft’s early start managed to acquire with HoloLens.

Google however is the consummate fast follower, with even their giant Android empire the result of a rapid pivot after the iPhone was released, something which took Microsoft an additional 2 years.

So unlike Microsoft their reaction to Apple’s introduction of ARKit was not to vacillate, but to announce ARCore a mere 6 months after Apple revealed ARKit.

The result is that developers like DigitalBridge, whose Survey app lets users on iPhones quickly, accurately and easily create a floor plan of the room, is now set to release their tool on Android in the near future.

The app has been developed to work in conjunction with DigitalBridge’s forthcoming and highly anticipated design visualiser, which uses AR, computer vision and machine learning to allow customers to “try out” new kitchen, bedroom and bathroom designs in their own rooms.

See the app in action below: 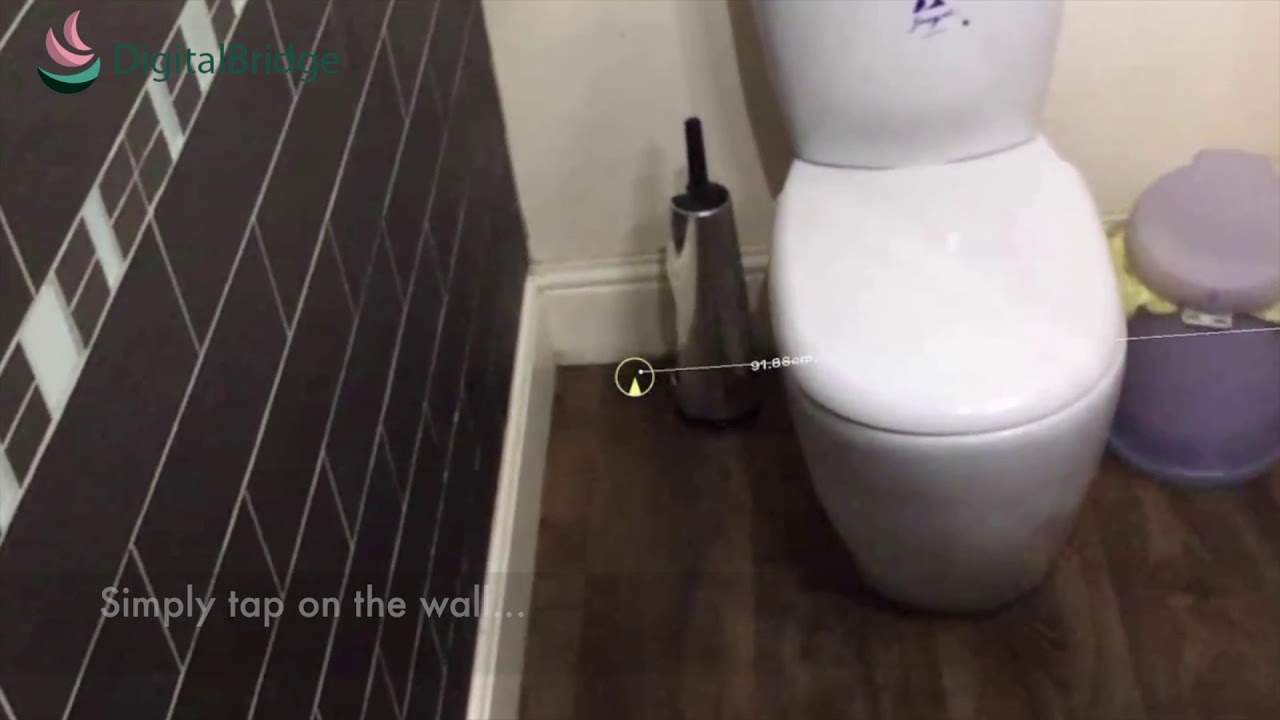 While the promise of ARKit may have been overblown in most areas, it will almost certainly see great adoption when it comes to areas such as interior decoration, where the sale of high value items are at stake, and companies therefore have an incentive to use the latest technology to demonstrate their value to potential customers.

DigitalBridge said more than half of homeowners (51%) have decided against a kitchen, bedroom or bathroom renovation project in the last year due to the “imagination gap”, which occurs when consumers walk away from purchases because they can’t imagine what products will look like once they get home.

David Levine, CEO of DigitalBridge, said: “Being unable to visualise what a new and expensive bathroom or kitchen would actually look like in their home has been a long-standing frustration for consumers – and a commercial challenge for retailers.

“A new kitchen, bedroom or bathroom is usually one of the biggest investments people make after buying their home, so our AR technology essentially brings the showroom to customers so they can try out the products they like in accurately measured designs of their rooms.”

“That’s why we have developed Survey, and our upcoming Aspect design visualiser tool, to help transform the shopping experience for consumers.

While Microsoft is not a player in the smartphone world, they are certainly in the tablet arena, which are ideal for this application due to the larger screen size. Home decoration may be the killer app for Augmented Reality, and unless Microsoft moves rapidly to supporting the camera-based version the market may once again leave their platform far behind.