Atlus and Ace Team are bringing a Rock of Ages sequel to Xbox One, PC, and PS4. Rock of Ages 2: Bigger and Boulder will be making its way to PC on August 28th, and consoles the following day, August 29th.

The original Rock of Ages video game was a tower defense racing video game. The aim of the game is to use a large stone boulder to attack the enemy’s castle at the bottom of the hill, while using various defensive structures to defend your own. Players can use a variety of obstacles to defend the path leading up to the castle, such as buildings, dynamite, windmills and animals. The sequel introduces new co-op and competitive online play features, and improved physics and destructible environments, as well as some new DLC content.

In Bigger & Boulder, Atlas (no relation), the Greek Titan that’s tasked with the eternally dreary job of holding up the sky, has literally dropped the ball and must run through different periods of Art History to escape the consequences. And he’ll take all of the support he can get, because prominent figures throughout history are getting in his way; there’s no time to gather moss – start smashing down those gates! The conquerors in the game are each representative of their different periods of Art History, from Early Renaissance to Surrealism, and are presented in the series’ quirky, Python-esque, cut-out animation style.

Rock of Ages 2: Bigger & Boulder will be available digitally on Steam, PlayStation 4 and Xbox One. The standalone game will be priced at $14.99 on all three platforms with Xbox One players receiving 10 percent off their purchase during the first week. 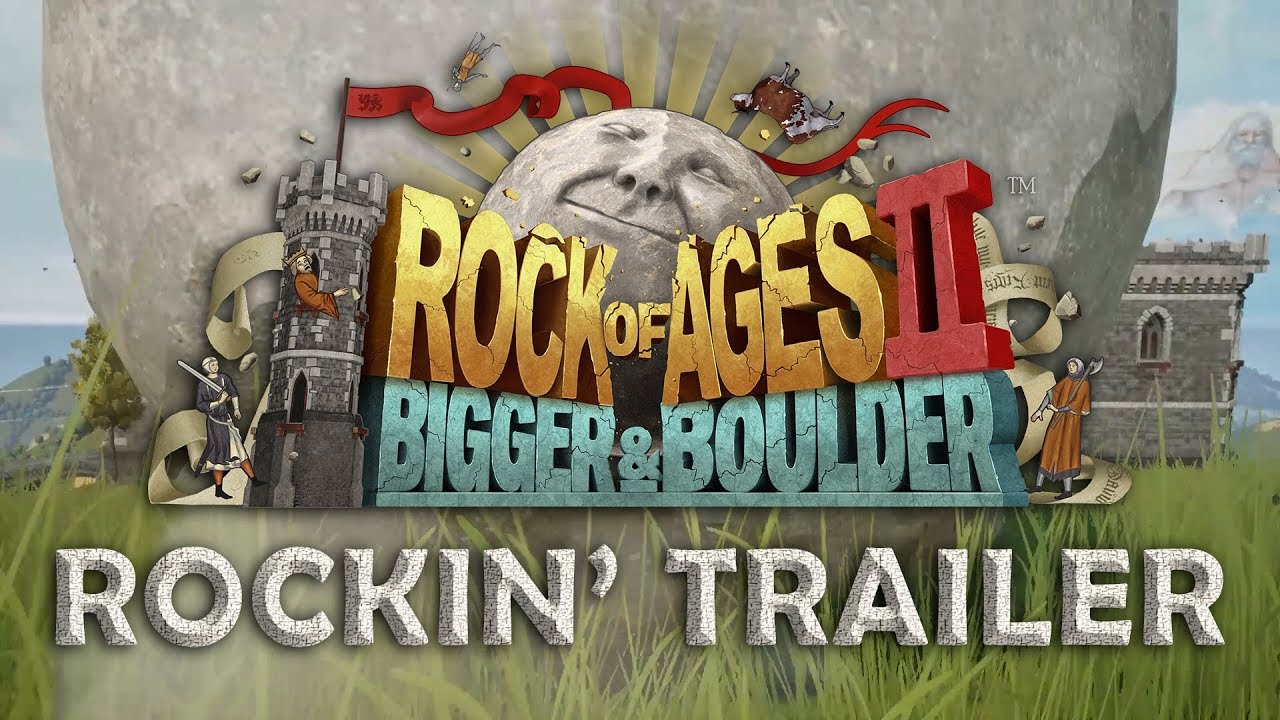