Landscape orientation is also a much-awaited feature for Windows Phone. The feature will especially be useful for tablets. For example, if you open the mail app, it will show the recent mails on the sidebar. This will allow users to easily read through their mails without even opening and closing each email. The feature will also make the user experience much cleaner on tablets and large displays. It’s worth noting that Windows Phone 10 will be released for smartphones and tablets.

The concept also shows off some multitask features. There is a “close all” feature on multitask which will allow the users to close all the opened applications at once. Another great feature that might come with Windows Phone 10 is Smart Task Bar — this will let users quickly switch between apps. When a user swipe up from down, it will reveal a small menu with icons of running apps which will make it much easier to switch between apps. 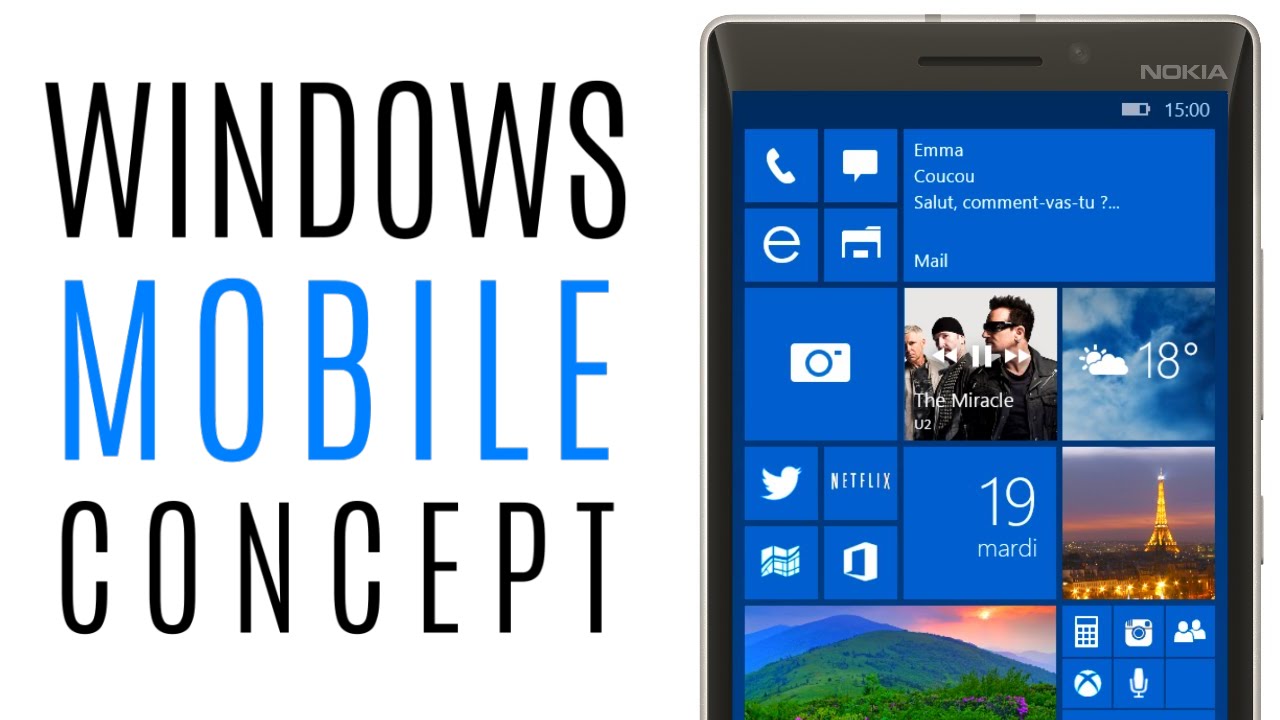 The concept shows off some great features of Windows 10 for phones. However, there is some features that the designer has missed out. According to recent reports, Microsoft is expected to introduce side by side apps and groups on start menu.

All the features mentioned on this article is based on the concept video. It isn’t confirmed if the features will be available on Windows 10 for phones.

What other things would you like to see on Windows 10 for phones? Discuss in the comment section below.