Conan O’Brien is one of the funniest comedians out there and recently the host has signed deals with TBS to increase their gaming coverage. The interactions between him and his staff regarding games are hilarious. However, they also bring us exclusive looks at games we don’t get elsewhere. Today, Conan O’Brien’s staff, better known as Team Coco, showcased the Xbox One X and games like The Artful Escape, Crackdown 3, Forza Motorsport 7 and Middle-earth: Shadow of War. 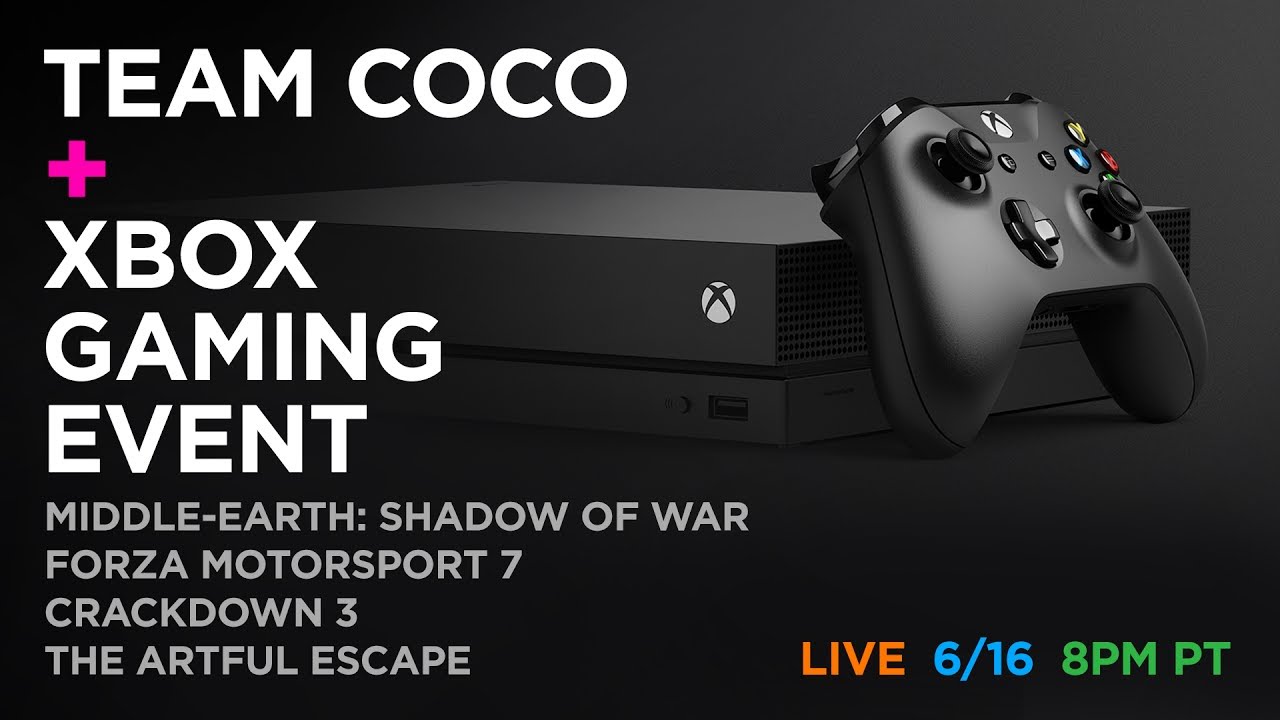 All of the gameplay is being played on Xbox One X. The games look absolutely gorgeous and reveal just how powerful the console is. All of the titles run at native 4K on Xbox One X so be sure to take a look. The stream is one of the best ones available anywhere and it’s great to see mainstream figures like Conan O’Brien giving gaming so much attention. Team Coco is genuinely interested in gaming and it doesn’t seem forced or unnatural. Gaming is a normal part of life nowadays and it should be treated as such.