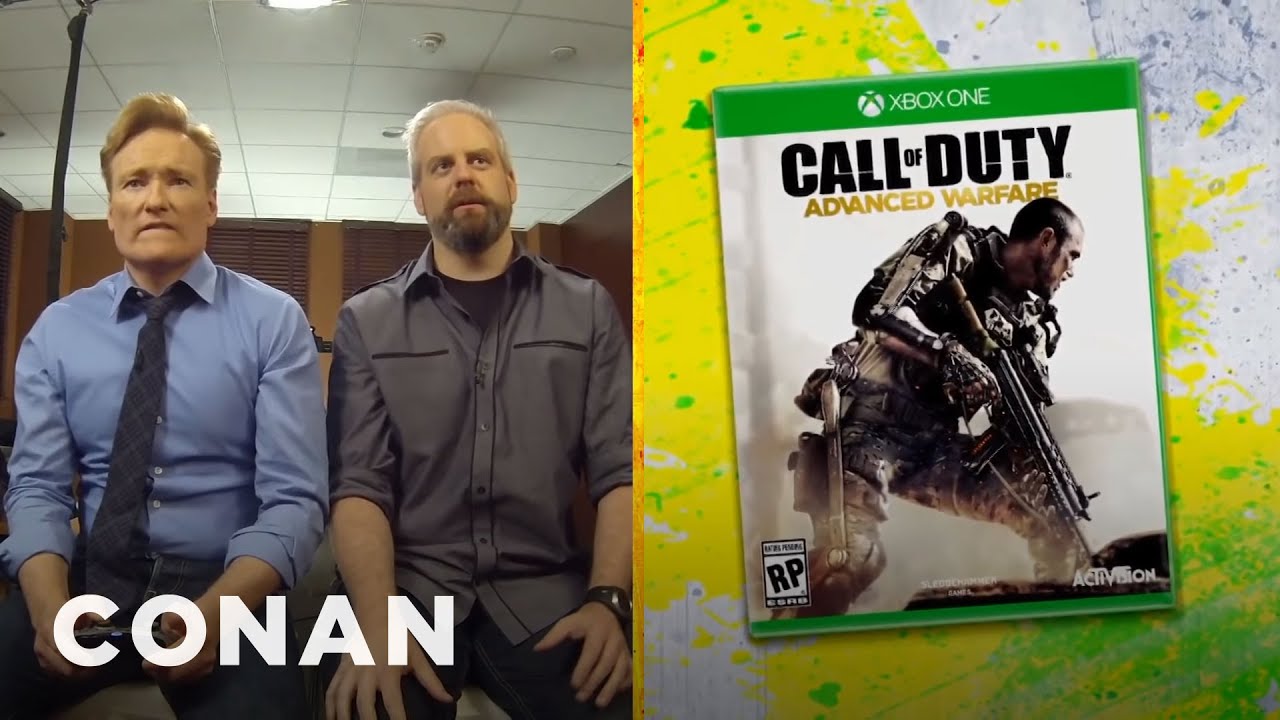 Watch Conan O’Brien reviewing Call Of Duty: Advanced Warfare in the video demo. He sampled some of thepPowerful exoskeleton recently in his occasional role as the “Clueless Gamer” on his TV show.

As its title suggests, Call of Duty: Advanced Warfare is the most futureforward entry in the series to date. In fact, the action is so tech-centric that it treads well into a science-fiction scenario – albeit one that becomes more plausible every day. Powerful exoskeletons augment and improve every aspect of a soldier’s abilities; enhanced player movement and verticality come in the form of boost jumps and grappling, along with covert cloaking abilities and plenty more. Here’s a look at some of the more impressive tools in your exosuit arsenal.

The Exo Boost Jump introduces a new vertical dimension to the Call of Duty experience, letting you hover and float to get the jump on an enemy. The accompanying Boost Slide and Boost Dodge let you avoid gunfire better than any mere mortal, as does the Boost Dash, which lets you perform maneuvers in all directions while midair. All of these disparate moves can be chained together for some pretty remarkable combos, and can be topped off with a Boost Slam – an air-to-ground melee attack that enables you to crash down onto enemies and kill them with the impact.

You can order the game from the below links.

You can order Special Edition bundle here from Amazon and here from Microsoft Store.

Read more on it here.