I am a one man developer from Manchester, England and I have just published my first ever mobile game, titled Bug World!

Bug World is a charming, 2.5D adventure platformer set across five different worlds. You play as Lovebug the Ladybug and your quest is to rescue Babybug, with some help from her friend Honeybee! Adventure through 25 levels across 5 different worlds, collecting gems, solving puzzles and beating monsters along the way. The story of Bug World is told through beautiful, hand drawn comics. Babybug accidentally steps into a spaceship which rockets off into space before Lovebug can get her out! Lovebug must travel through grand gardens in Garden World, across vast oceans in Water World, along hot deserts and caves in Aztec World, through the big city in Urban World and finally, she must exit the stratosphere and make her way through Space World to rescue Babybug! Bug World also features optional in-game costumes which you can buy with the gems you collect throughout the game, and these costumes may have special effects on Lovebug! Bug World is available on the Windows Phone Store for £0.79 or your regional equivalent and is optimized to run smoothly even on lower end devices (such as the Lumia 520). Bug World also features a diverse and original soundtrack composed by myself. 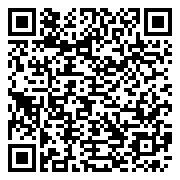 Bug World is a must for fans of Super Mario Bros, Sonic the Hedgehog or Spyro The Dragon and is appropriate for all ages!