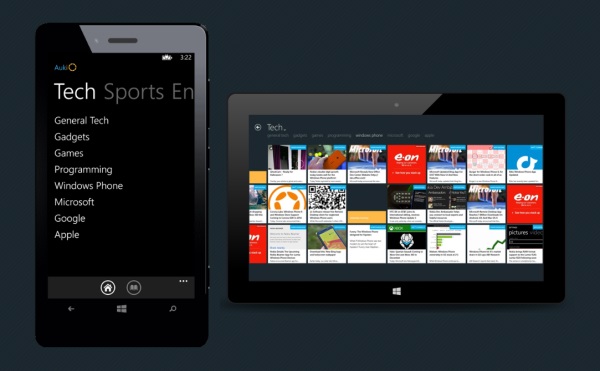 Auk.io News app is now available worldwide for both Windows Phone 8 and Windows 8. The Aukio app was first released for Windows Phone in Finland back in 2011, where it’s included in Microsoft’s “Essential Apps” collection. The app has received over 2000 reviews with an average of 4.2.

Now Auk.io has been released worldwide and it offers news in English. Here’s some of the main features of the app:

The built-in readability mode formats the news to fit nicely into the mobile device. And thanks to it, Auk.io news is blazingly fast: News articles are viewable in a fraction of a second.